Starbucks Is Closing All Its U.S. Stores for Diversity Training Day. Experts Say That’s Not Enough

In Starbucks’ case, it was the announcement that all U.S. stores would close Tuesday, May 29 for a “racial bias education day” after a Philadelphia-based employee called the police on two black men — Donte Robinson and Rashon Nelson — who sat in the store for several minutes in April. They were both arrested, prompting backlash from customers. The two men went on to settle with the city for $1 each — with an agreement that local officials would help launch a $200,000 entrepreneurship program for students.

The intention of Starbucks’ company-wide training day — which will shutter more than 8,000 stores across the country — was perhaps to show commitment from corporate leadership and to ease public outcry. But it begs the question: Does workplace diversity training actually work?

Decades of research show one-time corporate training programs not only fail to produce substantial results, but also can do little to change the subconscious bias of employees. Mandatory training sessions can drive backlash to these efforts as well, with some employees meeting corporate training sessions with resistance and “more animosity toward other groups afterward,” according to 2016 research published in the Harvard Business Review.

“It is the most common step companies take,” said Frank Dobbin, a Harvard University sociology professor who studies inequality in the workplace and co-authored the Harvard Business Review analysis. “Unfortunately, it doesn’t really seem to do much good on average for companies to offer diversity training because they say you can’t really change people’s inherent biases with a training session.”

Any positive results from a one-time session will fade within a day or two, Dobbin’s research says, and oftentimes companies focus on using these training sessions on legal issues, rather than interpersonal ones. Nonetheless, one-time, mandatory training sessions don’t often have a positive impact on the workforce — especially if the kind of messages and lessons from a training sessions aren’t repeated throughout an employee’s career at the company.

“Think of it as a muscle: if you’re not using it, you kind of lose it,” said Jamie Perry, an assistant professor of human resource management at Cornell University.

Starbucks, however, recognizes the training “will not stop bias or solve racism,” a company spokesperson told TIME in an email. This training day, the company now says, is the first step of many to address these issues and engage its workforce. The May 29 training day at Starbucks will involve 175,000 employees at more than 8,000 stores around the country that will be closed for the afternoon. The program was “designed to address implicit bias, promote conscious inclusion, prevent discrimination and ensure everyone inside a Starbucks store feels safe and welcome,” according to the company. Starbucks sought the aid of former U.S. Attorney General Eric Holder, Anti-Defamation League CEO Jonathan Greenblatt and Sherrilyn Ifill, president and director-counsel of the NAACP Legal Defense and Education Fund, to develop the curriculum of the program.

While the executive-level commitment to addressing the issue is clear, the reactive nature of it makes social scientists and researchers scratch their heads. For racial bias education programs to be impactful, they must become a central part of a company’s mission — rather than serve as an avenue to pursue when a high-profile incident occurs, said Hakeem Jefferson, a political science doctorate student at the University of Michigan who will join Stanford University’s faculty this summer.

“So long as it’s a reactive component, meaning we think about diversity, inclusion and equity after some episode, I think we should worry that that doesn’t lead to the kind of change that we might want,” Jefferson said. “This has to be a core component of every company’s mission, particularly in an increasingly diverse world.”

For the implementation of a diversity training program to work as part of a company’s mission, managers and executives must lead the company’s commitment to it for programs to be effective, researchers said. Higher ups lay the groundwork for company culture and policies, thus making their role in diversity training exercises all the more important.

There are a number of ways for executives to take steps toward improving their company culture — but one way is by going through education training programs themselves like the new diversity training program through eCornell, the Cornell University online education platform for adults and professionals. The program was created by Lisa Nishii, an associate professor at Cornell’s School of Industrial and Labor Relations, who is an expert in inclusion in the workplace. The online courses include interactive lessons and reflections for managers and executives to complete.

“The purpose of that course is to help [students] think of themselves as architects or engineers of climate and culture,” Nishii said. “What a manager is trying to do is to make it really clear what’s expected of employees when it comes to the way they interact with each other and ways in which it promotes inclusion.”

Nishii already has plans to research the effectiveness of her own course, too, by studying the company culture of 100 workplaces before and after managers and executives from them complete the eCornell program.

Now, Starbucks is using its training day as a platform that could help other companies, too. The company will make its resources available for others, as well as review its training materials and practices in light of the April incident in Philadelphia. But one of the most meaningful changes Starbucks — or other companies — can take are structural ones, Jefferson said.

“What companies have to think about — not just the attitudes of their employees, which are really sticky, but what are the structural and systematic designs that we have that lead to these negative outcomes in the first place?” he said.

Indeed, Starbucks has already changed its policies to allow for people to sit in stores or use its bathrooms if they have not purchased an item. Changes like that, Jefferson said, are rooted in an understanding of how structural designs of a company, environment or workplace can impact, worsen or lessen how a person’s racial bias is employed. “You have to be aware of the fact that people have biases, these biases manifest in all sorts of contact, and we need to design a policy that doesn’t allow for this sort of discretion that allows these biases to manifest in the first place,” Jefferson said.

As for whether these tweaks and programs will create lasting change, customers and employees will have to wait and see. 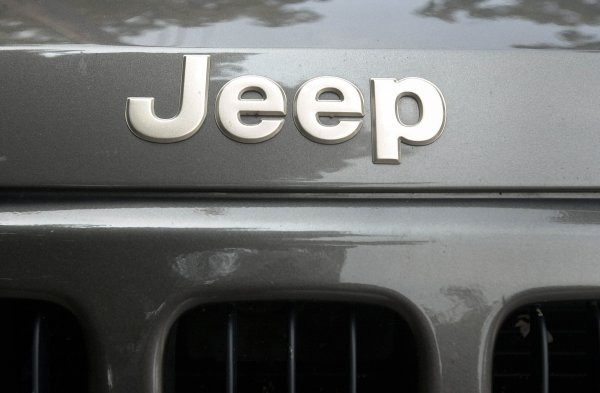 Fiat Chrysler Is Recalling 4.8 Million Cars Because Their Cruise Control Can Get Stuck
Next Up: Editor's Pick