Monkey Captured After Escaping From Its Cage at San Antonio Airport

A rhesus monkey sitting on a wall high above the holy river Ganges in India.
Frank Bienewald—LightRocket via Getty Images
By Aric Jenkins

A monkey has been captured by authorities after it escaped from its cage at San Antonio International Airport.

The monkey, a rhesus macaque (initial reports identified it as a baboon), broke free Monday afternoon upon arriving from Brown University via an American Airlines flight from Boston’s Logan Airport, according to local ABC affiliate KSAT. The animal was headed to the Born Free USA Primate Sanctuary in La Salle County, about 100 miles south of San Antonio.

The monkey managed to escape during its transportation to cargo. San Antonio Police said the monkey was corned in a room inside the airport around 3:45 p.m., according to CBS affiliate KENS. Airport officials said the animal never made it to a terminal or anywhere near passengers.

Officials from the San Antonio Zoo were called to assist with the monkey’s captured, facilitated by the use of a tranquilizer gun.

American Airlines did not immediately respond to a request for comment from TIME. 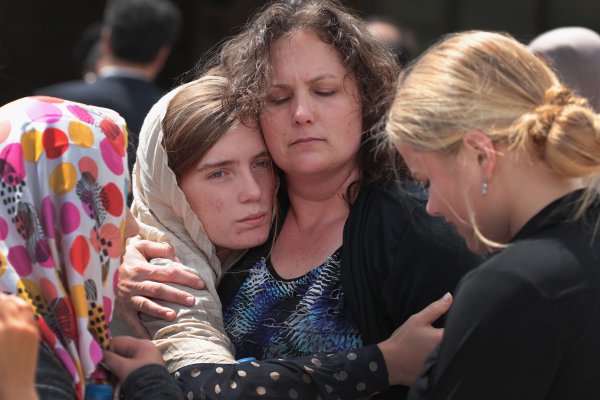