Can Your Diet Reduce the Effects of Air Pollution? Here's What a New Study Says

A new study suggests that following a Mediterranean diet — an eating pattern high in fruits, vegetables, whole grains, legumes, olive oils, fish and poultry — may protect people from some of the health effects of air pollution.

Researchers at NYU School of Medicine, which looked at data collected from nearly 550,000 people with an average age of 62 from around the United States for more than 17 years, grouped people based on how closely their eating mirrored the Mediterranean diet and linked them to estimates of their long term exposure to air pollution, including particulate matter (PM2.5), nitrous oxide (NO2) and ozone (O3).

The researchers made an intriguing finding when they compared men and women who most followed the Mediterranean diet to those who followed it the least, while factoring in their exposure to air pollution. Death from all causes increased by 5% for every 10 parts per billion increase in long-term average nitrous oxide exposure among people who least adhered to the eating pattern, compared to only 2% among people who most followed the diet. Cardiovascular disease deaths increased 17% for every 10 micrograms per cubic meter increase in long-term average particulate matter exposure among the people who did not closely follow the diet, compared to 5% among the people who did. Similar patterns were seen for heart attack deaths. Following the Mediterranean diet did not appear to be protective against ozone exposure, however.

“Air pollution is hypothesized to cause bad health effects through oxidative stress and inflammation, and the Mediterranean diet is really rich in foods that are anti-inflammatory and have antioxidants that might intervene through those avenues,” says study author Chris Lim, a doctoral student at the NYU School of Medicine who presented the findings at the recent American Thoracic Society 2018 International Conference in San Diego.

Lim says there may be other eating patterns that could confer a similar benefit. “When I looked at each component of the Mediterranean diet, it’s the fruits and vegetables and healthy fats that are attenuating the air pollution,” he says.

Research on whether a person’s diet can interfere with air pollution risk is still small and experimental. But Lim’s study is not the first to find a link. The U.S. Environmental Protection Agency (EPA) is also studying whether diet might protect against the effects of pollution. “Initial studies, including those by EPA researchers, suggest that dietary supplements or medications with antioxidant or anti-inflammatory properties, such as fish oil and olive oil, have the potential to provide at least partial protection against air-pollution induced health effects in individuals with pre-existing cardiovascular and respiratory diseases,” the EPA wrote in February. The agency says it’s also exploring whether nutritional supplements, over-the-counter pharmaceuticals or whole foods containing those nutrients are effective, and what dosage or amount could help.

It’s still too early to know for sure whether a person’s diet can provide actual protection against air pollution, but eating a diet that’s high in fruits and vegetables will always be solid nutrition advice. Lim says the takeaway from his findings is simple: “eat your veggies.” But should future research confirm the findings, Lim says countries may want to consider developing dietary guidelines in conjunction with air quality standards to improve population health. 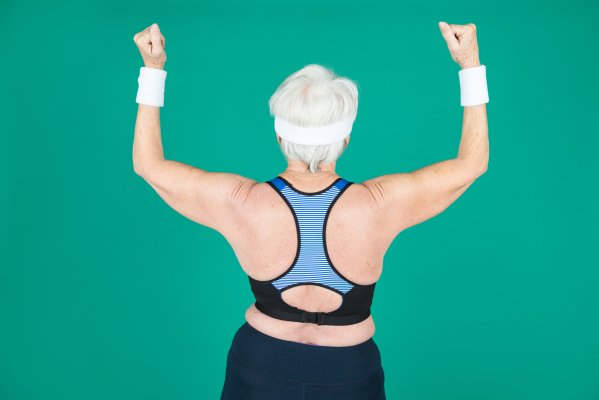 This Amount of Exercise Keeps Your Heart Young
Next Up: Editor's Pick