The seat next to Prince William at St. George’s Chapel during the royal wedding ceremony led to wide speculation among royal wedding watchers.

Some wondered if the seat was left empty in remembrance of Prince Harry’s late mother Princess Diana, who died in 1997. It wasn’t. In fact the explanation is quite simple and old.

It was vacant so that Queen Elizabeth II, the longest reigning monarch, could have a clear view of the ceremony, PEOPLE reports.

From her vantage point, the monarch could watch the powerful sermon by Bishop Michael Curry and that popular moment when Prince Harry said “You look amazing,” unobscured.

Back in 2011, when the family did this for Kate Middleton and Prince William, she had an even better seat in the house. The Queen was in the first row so she didn’t need the accommodation.

Even though the empty seat was just a practical move, Prince Harry and Meghan, Duchess of Sussex honored late Diana in a number ways from a reading by her sister Lady Jane Fellowes down to Princess Diana’s aquamarine ring that Meghan wore to the reception. And of course, Meghan passed the threshold into the chapel beneath an arch of the white garden flowers that Diana loved. 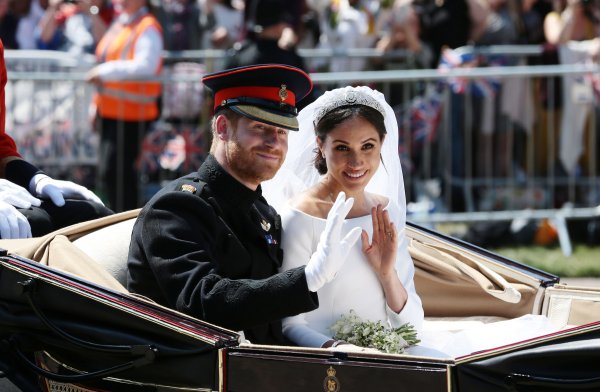 Only Meghan Could Give Us the Biggest Meme of the 2018 Royal Wedding
Next Up: Editor's Pick