Campbell Soup's CEO Will Retire After a Three-Year Slump

Campbell Soup Co., struggling through a three-year sales slump, said Chief Executive Officer Denise Morrison is retiring and will be replaced on an interim basis by board member Keith McLoughlin.

Morrison, 64, who has been at the helm since 2011, is stepping down, effective Friday, Campbell said in a statement. She has been with the company for 15 years. McLoughlin, 61, has been a board member since 2016.

Campbell has been seeking other sources of growth as it grapples with a soup slowdown. In December, the company agreed to buy Snyder’s-Lance in a bid to push deeper into salty snacks — a bright spot in the struggling packaged-food industry. That deal gives Campbell, which makes Goldfish crackers, brands such as Cape Cod potato chips and Snyder’s pretzels.

Last month, the company named industry veteran Luca Mignini, 55, as its chief operating officer. Mignini, who joined Campbell in 2013, had been running the company’s snacks unit, putting him in line for the top job. Mignini is now overseeing Campbell’s soup business in addition to managing the expaned portfolio of snacks.

The soup company also provided a full-year forecast for adjusted earnings per share that fell short of analysts’ estimates.

Shares of Campbell dropped as much as 5 percent in early trading to $37.25. They had already slid 18 percent this year through Friday’s close. 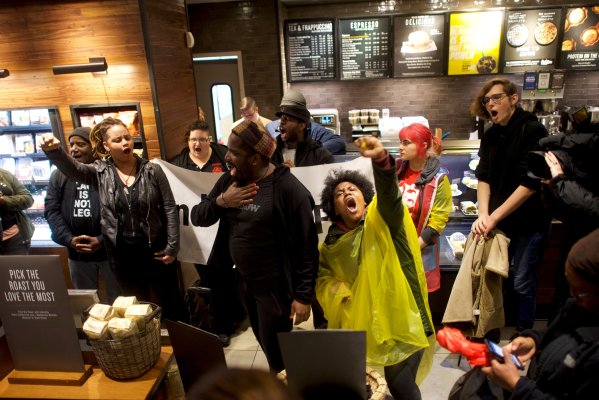 Starbucks Will Host Unconscious Bias Training. Will It Work?
Next Up: Editor's Pick