Aerial Photography Has Changed the World. Drones Are Just the Latest Example

Drones are often celebrated for their ability to capture a new vantage point on the world, revealing the beauty of our planet from high above. But they are only the latest development in a long history of aerial photography. For hundreds of years, airborne cameras have made awe-inspiring images of our planet, revealed the devastating scale of natural disasters, and tipped the scales in combat. And in some surprising ways, the history of aerial photography dovetails with the last century of human history more broadly.

It wasn’t long after commercial photography was invented in the mid-19th century before “adventurous amateurs” launched cameras into the sky using balloons, kites and even rockets, according to Paula Amad’s 2012 overview of the history of aerial photography, published in the journal History of Photography. Gaspar Félix Tournachon, more commonly known as “Nadar,” is credited with taking the first successful aerial photograph in 1858 from a hot air balloon tethered 262 feet over Petit-Bicêtre (now Petit-Clamart), just outside Paris; his original photos have been lost. James Wallace Black’s 1860 aerial photograph taken from tethered hot air balloon Queen of the Air 2,000 feet above Boston is the oldest surviving aerial photograph.

George Lawrence later perfected a method of taking panoramas from above by strapping large-format cameras with curved film plates to kites. His most famous such photograph captured the damage caused by the devastating 1906 San Francisco earthquake and fire; he used 17 kites to suspend a camera 2,000 feet in the air to record the image. “Exposures were made by electric current carried through the insulated core of the steel cable kiteline; the moment the shutter snapped, a small parachute was released,” explained Beaumont Newhall, the Museum of Modern Art’s first photography curator, in Airborne Camera: The World from the Air and Outer Space. “At this signal the picture was taken, the kites were pulled down and the camera reloaded.” Syndicated in newspapers nationwide, Lawrence’s images were “at the least, a very early example of an aerial news shot — and perhaps the first,” says William L. Fox, director of The Nevada Museum of Art’s Center for Art + Environment and co-author of Photography and Flight.

Around the same time, aerial photography pioneers elsewhere in the world were experimenting with other methods. In 1903, German engineer Alfred Maul demonstrated a gunpowder rocket that, after reaching 2,600 feet in just eight seconds, jettisoned a parachute-equipped camera that made photos during its descent. That same year, German apothecary Julius Neubronner, curious about his prescription-delivering pigeons’ whereabouts, strapped cameras to his birds to track their routes. (Neubronner also used his birds to take photos of the 1909 Dresden International Photographic Exhibition, turning them into postcards and foreshadowing modern drone marketing stunts by over a century.)

It was just a few years after the Wright Brothers’ first flight at Kitty Hawk in 1903 that piloted, powered aircraft were first used for aerial imagery. cinematographer L.P. Bonvillain took the first known such photo in 1908, photographing from an airplane over Le Mans, France that was piloted by none other than Wilbur Wright himself.

World War I consumed the world shortly thereafter, and military commanders soon saw the potential advantage offered by up-to-date aerial imagery of the battlefield. Cameras were equipped on all manner of aircraft, and the wartime practice of aerial reconnaissance was born. Later advancements in both aviation and photography meant flight crews could go farther and come back with more useful images, which were often used to reveal enemy movements or plan future attacks.

It was during World War II that wartime aerial images and video became commonplace in newspapers, magazines and movie theater newsreels on the homefront. Famed LIFE photographer Margaret Bourke-White became “the first woman ever to fly with a U.S. combat crew over enemy soil” when she covered the U.S. attack on Tunis, as the magazine declared in its Mar. 1, 1943, issue. It was also during this conflict the U.S. began to experiment with rudimentary drone aircraft, like the TDR-1, though that was an attack aircraft rather than an imaging platform.

The end of World War II and the beginning of the Cold War brought even further advancements to aerial photography, particularly thanks to the Space Race. The first known photo from space, depicting a glimpse of Earth, was taken on Oct. 24, 1946, by a captured Nazi rocket launched from New Mexico. The United States and the Soviet Union’s efforts to outpace one another’s aerospace achievements led directly to the development of satellite imagery, the ultimate in unmanned aerial photography. The power of such technology to spy on adversaries or help warn of incoming nuclear attack was not lost on the leaders of the era. “If we got nothing else from the space program but the photographic satellite, it is worth ten times over the money we’ve spent,” once said President Lyndon B. Johnson. Today, there are more than 1,700 satellites orbiting Earth used for surveillance, weather forecasting and more, according to the Union of Concerned Scientists.

The first modern-style drones began to appear in the 1980s, as Israeli engineers developed models equipped with video cameras to monitor persons of interest for hours at a time. The U.S. soon adopted similar technology — a remote-controlled Pioneer drone famously filmed Iraqi soldiers surrendering to it during the first Gulf War. The Predator drone, invented by Israeli aerospace engineer Abraham “Abe” Karem, rose in popularity during the Afghanistan and Iraq wars for its ability to loiter over areas for an extended period of time, making it useful for monitoring the daily routine of potential targets. (A similar, larger variant called the “Reaper” also became widely used during these conflicts.) The U.S. military has also used smaller, hand-launched drones like the RQ-Raven to give soldiers an overhead look at potential dangers ahead without jeopardizing their safety. (The use of armed drones is among the most controversial modern military subjects — proponents say they are effective military tools that put fewer pilots at risk, while detractors argue they dehumanize killing, contribute to civilian casualties, and have been used without proper oversight in places like Yemen, Somalia and more.)

Any given technology, by rule, tends to get cheaper and more accessible over time. The same has been true of drone equipment, and by the early 2000s, a do-it-yourself drone-builder culture started to emerge out of the longstanding remote-controlled aircraft community. Online forums like DIY Drones helped hobbyists share tips and tricks with one another. New hardware and software like stabilizers, autopilot and collision detection systems have since given rise to store-bought drones from companies like Parrot and DJI with high-resolution cameras, making aerial photography more accessible than it’s ever been before.

That is precisely what makes today’s everyday drones so remarkable. Until just a few years ago, the pursuit of aerial photography was mostly limited to the military, dedicated hobbyists, and people with access to full-size aircraft. Today’s store-bought drones are comparatively cheap, take high-quality images and video, and are easy to learn to fly. That combination has led to an explosion in aerial photography, ranging from commercial uses, like real estate brokers getting eye-catching photos of houses they’re trying to sell, to artistic expression, like taking beautiful images of forests and cities to post on Instagram — no kites or pigeons required. While the technology has changed dramatically over time, the human desire to see the world from above has been a constant. 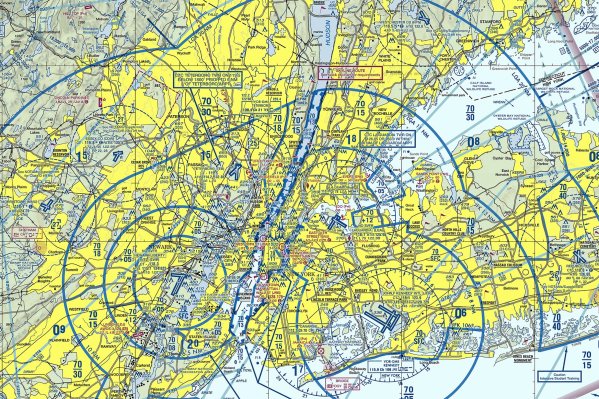 How 'No-Drone Zones' Are Being Enforced With Software, Gadgets and Shotguns
Next Up: Editor's Pick