Over The 'Yanny' Vs. 'Laurel' Debate? Here's Another Way to Trick Your Ears

The great Yanny vs. Laurel debate may have been settled (it’s actually “Laurel,” no matter what you heard), but there are plenty of other ways to trick your ears — and learn a little science in the process.

Perhaps the most famous is the McGurk effect, a phenomenon named for Harry McGurk, half of the research duo who first wrote about the auditory illusion back in the 1970s. McGurk and his colleague John MacDonald recorded a voice articulating one consonant, then matched it with a video that showed a person articulating another consonant. Even though the audio file never changed, the researchers observed that individuals thought they were hearing two different things, depending on whether they listened to the clip alone or heard it while also watching the video.

The experiment has been tweaked and repeated plenty of times since the 1970s; you can watch one example in this BBC video.

So what’s going on here? Dr. Kevin Franck, director of audiology at Massachusetts Eye and Ear, says it all goes back to the brain’s inherent desire to assign meaning to confusing stimuli, like an ambiguous sound. “Your brain’s just trying to make sense of what’s coming at it,” he says. “It hates it when things don’t make sense.”

In terms of the McGurk effect, the brain relies on the eyes to settle the confusion coming at the ears — particularly when they’re seeing something as clear as a pair of lips distinctly mouthing a certain sound or word. “I have one ambiguous signal, which is the actual thing you hear, but then I say, ‘Oh, I’ve got another input, which is very clear. I trust my eyes now, because my ears aren’t sure,'” Franck explains. “It’s just taking all of these different inputs and making sense out of the mess.”

Once you know what’s going on, Franck says, you’ll likely be able to tell that you’re hearing the same thing in both instances — but left to its own devices, the brain will try to eliminate confusion every time.

“The brain just likes things to be consistent. It wants things to be neat and tidy,” Franck says. “And when it’s not, it resolves it by overriding one for the other, like this McGurk effect.” 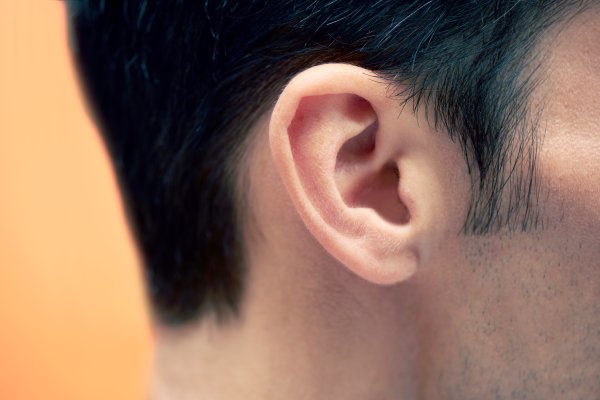 An Audiologist Explains Why You Hear 'Yanny' or 'Laurel' — Or Both
Next Up: Editor's Pick