Oklahoma Woman Killed in Attack by Pack of Dogs

A woman in Oklahoma died after being attacked by a pack of small, fleabitten dogs belonging to a neighbor.

Tracy Garcia, 52, was killed in an attack by seven small dogs near her home outside Ardmore, Okla., Carter County Sheriff Chris Bryant told the Associated Press. Garcia died from her injuries on May 10.

Bryant said each dog weighed less than 40 pounds. One dog was shot by a police officer, while the rest were euthanized at Ardmore Animal Shelter, local outlet KXII reported.

Six of the dogs were likely dachshund-terrier mixes, and one was a border collie mix, according to the shelter’s euthanasia technician Amanda Dinwiddie. Four were male dogs and three were female, and all were between a year and three years old, she said.

Dinwiddie said the dogs did not have an apparent health concerns, apart from all of them being covered in fleas and ticks.

“You can tell they have been living out in the woods,” she said.

Police are investigating whether criminal charges should be filed following the attack.

According to an obituary, Garcia was a healthcare worker, homemaker and housekeeper throughout her life. She is survived by a son and daughter. 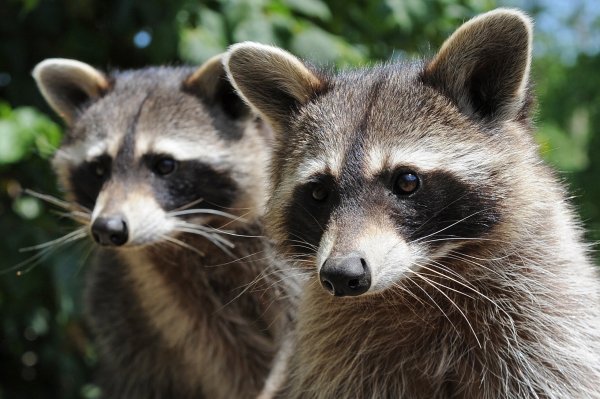 Florida Science Teacher Accused of Drowning Raccoons in Class
Next Up: Editor's Pick