On May 25, the Republic of Ireland will vote in a landmark referendum on the eighth amendment of the country’s constitution, which effectively outlaws abortion. Prime Minister Leo Varadkar, 39, announced the referendum three months after becoming the country’s youngest leader in history. While Ireland has taken some socially progressive steps in recent years, including legalizing same-sex marriage in 2015, the abortion issue remains divisive in the predominantly Catholic country.

Ireland’s abortion laws are among the world’s most restrictive. The eighth amendment, passed in 1983, gives an unborn fetus a right to life equal to that of its pregnant mother. Women can face a 14-year prison sentence for having an abortion, even in cases of rape or nonviable pregnancies. From 2010 to 2015, 25,000 Irish women traveled to England and Wales to terminate pregnancies.

A campaign to liberalize abortion laws gathered momentum in 2012, when 31-year-old dentist Savita Halappanavar died in a Galway hospital after being refused an abortion during a miscarriage. In 2013, abortion became possible in cases where the mother’s life is in immediate danger. Varadkar’s government favors further liberalizing the law, and if the repeal passes, his government hopes to pass legislation legalizing abortion in the first 12 weeks of pregnancy. Some abortion-rights activists believe the law should go further, which Varadkar has said is unlikely.

Ireland only fully legalized divorce and contraception as recently as the 1990s, and the vote in May is set to be close. Rallies to repeal the ban have been held in cities across Europe, while a “Save the Eighth” demonstration in Dublin attracted tens of thousands of people in March. A recent poll found that 47% of voters are in favor of repealing the ban, while 28% would leave it in place; others are undecided or abstaining. Whatever the result, it is unlikely to signal the end of the debate–for either side. 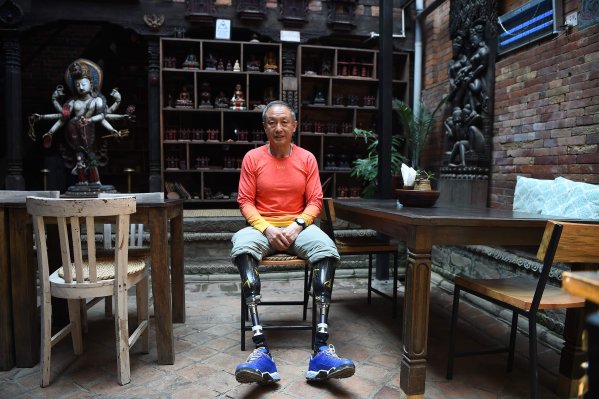 Xia Boyu’s Summit Fuels Debates About Who Belongs on Everest
Next Up: Editor's Pick