Sports books, like this one in Las Vegas, could soon pop up across the country
John Locher—AP/Shutterstock
Ideas
By Sean Gregory
Gregory is a TIME senior editor.

As federal laws go, the Professional and Amateur Sports Protection Act (PASPA) never really hit the jackpot. Passed by Congress in 1992 to combat the supposed scourge of sports gambling, it effectively banned this vice in just about every state, while giving Nevada–the only one that sanctioned full sports gambling–a perpetual monopoly. During the nearly 26 years of the law’s existence, legal sports gambling in Nevada rose 172%, from $1.8 billion per year to $4.9 billion, according to the UNLV Center for Gaming Research. Meanwhile, the American Gaming Association estimates that the national illegal sports gambling market grew from $80 billion in 1999 to $150 billion currently.

And so if you bet that PASPA would fail miserably, collect your winnings at the window–especially now, since it’s no longer on the books. On May 14, the Supreme Court struck down the relic of the pre-Internet days, before fantasy sports helped normalize the act of wagering on athletic outcomes for millions of Americans. In a 6-3 decision, the Justices determined that PASPA was an unconstitutional infringement on states’ rights. “A more direct affront to state sovereignty,” wrote Justice Samuel Alito for the majority, “is not easy to imagine.”

The decision creates a path for states across the country to legalize sports gambling. Many appear eager to do so. Since 2017, four of them–Mississippi, West Virginia, Pennsylvania and Connecticut–have passed pro-sports-gambling legislation, in anticipation of PASPA being overturned. New Jersey, which filed the original legal challenges to the law, plans to move quickly; Monmouth Park race track, which already contracted with a sports-book operator to open up betting at the facility, is targeting Memorial Day, May 28, to start collecting wagers. The West Virginia Lottery, which will regulate sports gambling in that state, anticipates taking bets by late August, in time for the kickoff to the football season. Eilers & Krejcik Gaming, an industry research firm, predicts that PASPA’s repeal will spur 32 states to enact sports-gambling legislation by the end of 2023.

This outcome counts as a victory for states, consumers and sports stakeholders. The billions bet in underground markets prove that there’s robust demand. A regulated market lets states take a slice of that pie. “We have about 10 million adults within 90 minutes of one of our casinos,” says Danielle Boyd, managing general counsel for the West Virginia Lottery. “This is an opportunity for them to offer sports books as an amenity and drive traffic back into West Virginia.” Licensed operators can also offer in-state mobile sports gambling. West Virginia will collect 10% of the profits and funnel the first $15 million per year into the state lottery fund, which finances school construction, senior-citizen services and tourism promotion.

States can also get creative. Tom Farrey, executive director of the Aspen Institute’s Sports & Society Program, recommends that lawmakers look as far afield as Norway for inspiration. There, sports-gambling revenues fund community athletic facilities for kids. Not coincidentally, Norway perennially thrives in national health rankings. “There are fundamental problems in the provision of sports and recreation opportunities in our country,” says Farrey. “This is a huge chance to get our system right.”

And lest we forget: legalized betting will boost the professional sports business. “We see this as a new opportunity to engage an audience that we currently don’t reach,” says Andy Levinson, senior VP of tournament administration for the PGA Tour, which came out in favor of regulated sports gambling in April. Watching golf won’t be a drag to anyone taking the over on Jordan Spieth’s next tee-shot distance. You could get hooked.

Gambling’s downsides can’t be ignored. The Supreme Court decision will spur “the largest expansion of gambling in our nation’s history,” says Keith Whyte, executive director of the National Council on Problem Gambling. “Few of the stakeholders have taken active steps to mitigate the negative impact.” But it’s far from too late.

The Supreme Court has given America’s leaders a rare chance to write smart public policy from scratch. Policy that fills public coffers, while allowing millions to have some (legal) fun. Policy that helps people who take things too far. The gamble’s worth it. 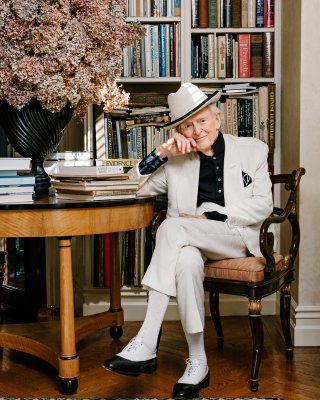 Remembering Tom Wolfe, the Writer Who Made Reality Remarkable
Next Up: Editor's Pick