Chrissy Teigen and John Legend are the proud parents of a baby boy, PEOPLE confirms.

The model, 32, announced late Wednesday that their son had arrived. In typical Teigen fashion, the star used Twitter to reveal that two-year-old Luna May’s brother was here.

“Somebody’s herrrrrrre!” she tweeted along with baby bottle and high five smiley emojis.

The couple did not share any more details about their family’s newest member.

Teigen and her singer husband, 39, got to meet their son early as he was due in June.

The baby’s arrival comes just a week after Teigen declared she was over being pregnant.

“Happy pregnant Chrissy is gone. meet OVER IT Chrissy,” she tweeted on Wednesday night. “Wanna hold my boy let’s do thisssssss.”

A fan commented that it seems as though Teigen has been pregnant for “three years,” and the cookbook author couldn’t agree more. “It feels worse for me because with IVF you know *so* early,” she shared. “I mean I knew I was pregnant at 11 days in. Crazy.”

In November, Teigen shared that the couple was expecting another baby, hilariously captioning the announcement video, “It’s John’s!”

“Luna, what’s in here?” Teigen is heard saying in the background of the clip, with Luna pointing at her mom’s stomach and proclaiming, “Baby!”

Legend previously spoke to PEOPLE saying that he doesn’t think “Luna has a concept of exactly what it means to have a little sibling yet.”

“She’ll figure it out sooner or later, and she’ll probably have some moments where she regrets it! But we’re excited,” he shared in March. 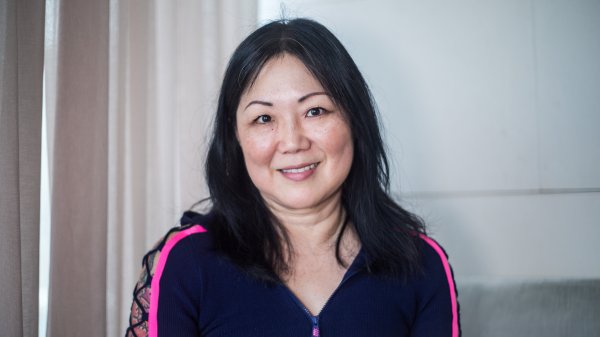 Margaret Cho's New Show Puts Asian-Americans in the Spotlight
Next Up: Editor's Pick