With just one month until a scheduled sit-down with North Korea’s leader, President Donald Trump hasn’t set aside much time to prepare for meeting with Kim Jong Un, a stark contrast to the approach of past presidents.

“He doesn’t think he needs to,” said a senior administration official familiar with the President’s preparation. Aides plan to squeeze in time for Trump to learn more about Kim’s psychology and strategize on ways to respond to offers Kim may make in person, but so far a detailed plan hasn’t been laid out for getting Trump ready for the summit.

Even with North Korea threatening to scrap the meeting over long-planned U.S.-Korean military exercises, Trump’s aides in the White House and State Department are continuing to prepare briefing material in advance of the June 12 summit in Singapore. When asked Wednesday if he thinks Kim is bluffing, Trump responded, “We’ll see what happens.” He told reporters he still plans to insist on North Korea giving up its nuclear weapons.

Typically, administrations undertake extensive preparation and negotiations with multiple agencies to get ready for a high-level meeting like this.

“There is no more carefully planned for, anticipated or curated event that the U.S. government participates in than a presidential-level negotiation with an adversary,” says David Pressman, former U.S. ambassador to the United Nations for special political affairs.

Read More: Why Negotiating With North Korea Was Never Going to Be Easy

The National Security Council, the State Department, the Department of Defense and the intelligence community all playing a role in coming up with a negotiating strategy to ensure that “when the two principals met, there was some kind of understanding of what they were going to talk about, what potential agreement they would reach, and a lot of it would be relatively well scripted,” Jay Lefkowitz, who served as President George W. Bush’s Special Envoy on Human Rights in North Korea, told TIME last month.

Another White House official told TIME “there is a robust, whole-of-government effort underway to prepare for President Trump’s upcoming meeting,” but declined to elaborate on internal discussions or preparations beyond that statement. Secretary of State Mike Pompeo has already met with Kim and visited North Korea at least twice, and there’s a chance Trump has already spoken to Kim directly — on May 10 he said “I don’t want to comment” when asked if he’d spoken with the North Korean leader.

Usually meetings with a U.S. president are held out as a reward at the end of lengthy negotiations. Trump has turned that on its head by agreeing to meet with Kim before North Korea has made any major permanent concessions in its nuclear posture. Coming to terms could also move faster because Pompeo has been talking directly with Kim, rather than lower-level officials who wouldn’t have decision-making power in the tightly controlled dictatorship.

Trump also has been speaking to other allies and heads of state about the meeting, including Prime Minister Lee Hsien Loong of Singapore, Prime Minister Shinzo Abe of Japan and President Moon Jae-in of the Republic of Korea, according to readouts of the calls released by the White House.

“It wouldn’t be unusual for the President to personally engage to resolve a sticking point or issue,” says Pressman, now a partner at Boies Schiller Flexner. “The kind of diplomacy that needs to happen with our allies… to keep everyone on the same page can sometimes reach the president.”

But for the more specific and technical questions, the interagency effort below Trump will likely hammer out most of the details. In this case, major issues on the table include the prospect of North Korean denuclearization and what that process and verification would look like, as well as trade and investment, among other topics. Lisa Collins, fellow with the Korea Chair at the Center for Strategic and International Studies, notes that because Trump’s approach to this negotiation seems relatively “cavalier,” the legwork from the team below may carry him most of the way to a resolution.

“I’m hoping he will be presented with a very simple choice at the end of the day,” she says. “Do you accept what we have put together in terms of this agreement or joint statement, and do you say yes or no?”

There are famous examples in U.S. history of presidents being intimately involved in diplomacy and relying on their own knowledge and deal-making skills to handle hostile powers. President Teddy Roosevelt was instrumental in the negotiations that led to the 1905 Treaty of Portsmouth, which ended the Russo-Japanese War. In 1961, President John F. Kennedy met with Soviet Premier Nikita Khrushchev for a two-day summit “without a set agenda,” Politico reports, which did not go well. President Ronald Reagan failed to reach an agreement with Soviet leader Mikhail Gorbachev at the Reykjavik summit in 1986 in what the Washington Post calls “one of the most dramatic and spontaneous moments of the Cold War.”

Trump has already demonstrated spontaneity in this process: he made the call to meet Kim without much consultation with his aides. And his tough and unpredictable approach has already won successes on the road to the meeting. Scheduling the summit itself is a foreign policy breakthrough, and North Korea released three American detainees ahead of the meeting after negotiations with Pompeo. Kim granted amnesty to the three Americans at the “official suggestion” of the U.S. president, according to North Korea’s official news agency KCNA, the Associated Press reports, and Trump publicly thanked North Korea for the release, saying, “I appreciate Kim Jong Un doing this” as he welcomed the detainees home.

But the publicity ahead of the historic meeting could weaken Trump’s bargaining position, Pressman cautions. “Publicly, the force for him to leave this thing with an agreement is going to be pretty significant,” he says. “That’s not the negotiating position the United States wants to be in.”

Still, Trump often relies on instinct in these situations, and he’s approaching the meeting with Kim with the mindset of a businessman rather than an expert in delicate diplomacy. “At the end of the day,” Collins says, “it will come down to, how does Trump feel in his gut?” 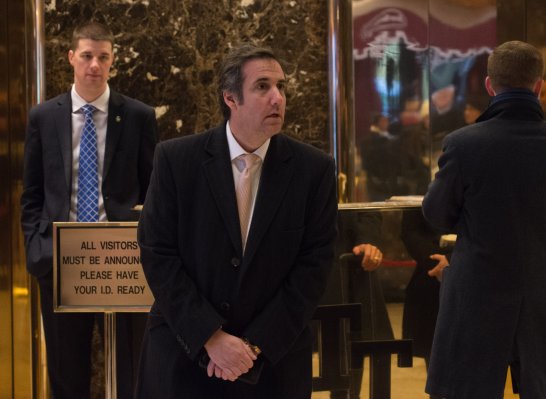