The 19-year-old suspect, who arrived armed at Dixon High School about 8 a.m., shot at the officer who then returned fire, injuring him, police chief Steven Howell said at a news conference.

Howell commended the quick response of the school resource office for his fast response.

“I could not be more proud of the police officer and the way he responded to the situation. With shots ringing out through the hallways of the school, he charged towards the suspect and confronted him, head on,” Howell said. “Because of his heroic actions, countless lives were saved. We are forever indebted to him for his service and his bravery.”

Howell said the suspect had fired several shots near school gym, where the resource officer confronted him. The suspect then ran away, and shot back at the officer, who had pursued after him. The officer fired back, wounding the suspect, who was then taken into custody.

The former student who was shot is believed to have sustained non-life threatening injuries and is currently receiving medical treatment, Howell said. The officer who shot him was not harmed and will be put on paid administrative leave, per a department policy. No Dixon High students or staff were injured in the incident.

Dixon City Manager Danny Langloss said students were gathered in the school gymnasium for graduation practice when the gunfire exchange occurred. He believes the suspect acted alone and that there are not further threats to student safety.

Dixon is a central Illinois city about 100 miles west of Chicago. While all Dixon public school were put on lockdown earlier in the day, only Dixon High School remains on lockdown.

Parents were being told to pick up their children at nearby Al Morrison Baseball Field, WQAD reported. 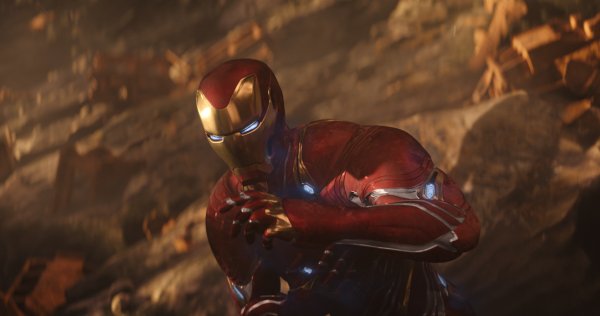 Robert Downey Jr.'s Original Iron Man Suit Disappeared and Police Are On Top of It
Next Up: Editor's Pick