You Asked: Should I Ditch My Smartphone?

It’s difficult to overstate the awesome, world-changing power of the smartphone. The sum total of human knowledge now fits in your pocket, and it comes bundled with easy access to all of your favorite people, music and photographs.

No one questions a smartphone’s usefulness when it’s used judiciously. But many are now wondering whether the device’s ability to grab and stranglehold our attention with an endless stream of distractions may be causing more harm than good.

“The little wobble of the emoticon, or the A-flat ding that stimulates the brain’s reward centers—these are designed to maximize people’s desire to stay on their devices,” says Dr. Brian Primack, a professor of medicine and pediatrics and director of the Center for Research on Media, Technology, and Health at the University of Pittsburgh.

Many popular phone-based games and social media apps employ teams of engineers and designers whose ultimate goal is to ensure you stay glued to your device 24/7, Primack says. At this point, most of us reach for our smartphones automatically — not just when life presents us with some urgent need to do so. “I think it may be highly aspirational for some people to use smartphones simply as tools,” he says.

But what’s wrong with spending all day on a smartphone? The evidence is debated, but a growing body of research suggests that spending too much time with mobile devices may shorten our attention spans, exacerbate anxiety and stress and generally erode well-being. “All the recent data we have points toward limited tech being the best for mental health and happiness,” says Jean Twenge, a professor of psychology at San Diego State University and author of iGen, a book that explores the role technology plays in the lives of teens.

More research — some of it going back almost a decade — has shown that “media multitasking” and other smartphone-facilitated behaviors may impair memory. It may even zap face-to-face human interaction of its meaning. “Our research found that when parents maximized their phone use around their children, they felt less connected with their children, and they also reported less meaning from those interactions,” says Kostadin Kushlev, a post-doctoral research associate at the University of Virginia. A sense of meaning—not fun or affection, but feeling like a relationship matters—is one of the major established benefits of parenthood. His research has also shown that the mere presence of a smartphone at the dinner table, even if nobody is using it, makes people enjoy their meal less. The same is true of in-person interactions, Kushlev says.

“Our findings don’t show that smartphones are making us unhappy or making us bad parents,” he says. “But smartphones may be leading us to miss out on opportunities to feel meaning or happiness, or to enjoy ourselves.”

All of these concerns — not to mention the fact that some of the latest smartphones cost $1,000 or more — have helped fuel a “dumb phone” resurgence. From pared-down flip phones that offer a limited array of apps and services to truly basic (but beautiful) new devices that allow only calling, texting and a few other basic functions, consumers now have options if they want to take a break from smartphones.

MORE: How Social Media Is Hurting Your Memory

Joe Hollier is co-creator of Light Phone, a stripped-down cell that has the sleek look of the most sophisticated smart devices. The latest iteration of Light Phone, called Light Phone 2, is set for delivery early next year. It will likely offer owners calling, texting, an alarm clock and driving directions—and hardly anything more. “We saw a lot of habitually overwhelmed humans craving some sort of escape,” says Hollier of Light Phone’s genesis.

Some researchers agree with the spirit of not-so-smart phones. “I think a lot of people want to feel like they’re not controlled by their tech, or that they have a more reasonable relationship with it,” says Dr. Gary Small, a professor of psychiatry and behavioral sciences at the University of California, Los Angeles and author of Snap, a book about changing your personality through smarter choices and habits. “Opting for one of these simpler devices may be one way to limit or mediate their device use.”

As much as some adults worry about their own smartphone-driven issues, there’s mounting evidence that smartphones — and the constant access to social media that they provide — may be negatively affecting young people’s mental health, as well as their social and cognitive development.

“Young people seem more sensitive to technology, and we’ve seen some develop almost autistic-like behaviors with it,” Small says. “From birth through adolescence, these are critical stages for a child to develop thinking and empathy skills, and some feel too much technology is not healthy for a developing brain.”

Primack isn’t ready to vilify technology, but he says it’s probably unreasonable to expect a young person to self-restrict his smartphone use. “It’s David and Goliath to put a 12-year-old up against the people who make these smartphone apps,” he says.

Kids aside, Twenge says stripped-down phones may also be good options for people who feel addicted to their phones and want to remove the source of their digital compulsion. “I think people who don’t feel addicted but who just want to take a break from their smartphones would also be interested,” she adds.

Smartphones aren’t going anywhere. But if you’re willing to dumb down your cell, there are increasing ways to opt out. 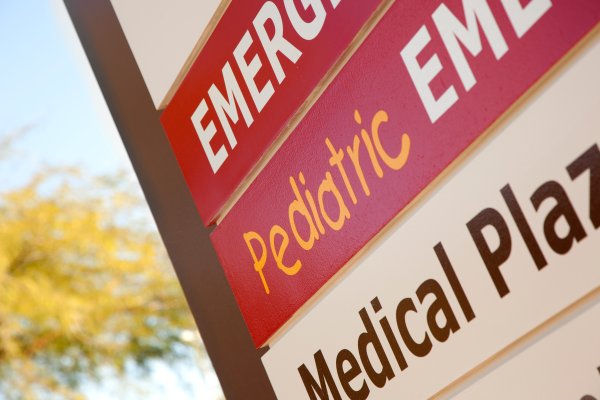 More Kids Are Attempting and Thinking About Suicide
Next Up: Editor's Pick