The Boss: I Went From Relying on Food Stamps to Running a Multimillion-Dollar Company

When I was 27 I became pregnant with my now 7-year-old daughter, and my husband abandoned me. It was rough to say the least and I had zero education to fall back on and ended up on food stamps. As a result, I packed up a few suitcases and headed off to New York City from California to stay with some friends in order to keep a roof over my head. At the time, it wasn’t the most logical decision, maybe even a little crazy, but they say all entrepreneurs are a little eccentric in their own ways.

After a few years in New York, I got back on my feet and no longer had to depend on food stamps to eat. My daughter, however, loved vegetables. Produce is expensive, and I had a really hard time finding great, affordable greens and fruits for her, and an even harder time carrying it home. In New York City, a lot of people don’t have cars, so I usually only bought what I needed for a few days and could physically lug home. Eventually, I came to the conclusion that I can’t be the only person with this problem. Turns out, I was right.

I spent about a year researching the market before stepping down from my corporate job in fashion to launch Farmbox Direct in 2014. I never knew when I started my company that it would turn into what it’s morphed into today, or, that it would become a vehicle to help alleviate the problem of food deserts, areas that lack access to affordable healthy foods such as produce, whole grains and low-fat dairy.

When I started, I didn’t have a clear game plan or even a business plan. This would come back to bite me, and as we grew quickly, I soon learned that I needed a clear vision in order to succeed and get seed funding. When times got rough, however, it was the people who live in food deserts and had come to depend on my company that encouraged me to keep going. I would receive thousands of emails from people thanking us for our service. Along my journey, I had my idol, the chef Sam Kass, join my advisory board. I also was invited to the White House by President Obama for the inaugural Demo Day, celebrating entrepreneurs; and I’ve spoken countless times at events and organizations about what needs to be done to ensure food security around the country and world.

Today Farmbox Direct is a growing, thriving company. On top of having a successful online e-commerce business, we have a partnership with Wal-Mart and are working with several large companies in the corporate wellness space. We have a massive warehouse in Kansas City with an amazing team of workers who truly love their job and take pride in each box that’s shipped. To think that my daughter’s love of broccoli could have taken me this far in four short years is unimaginable, but it’s proof that anyone can start a successful business if you just look around you and see what’s missing. 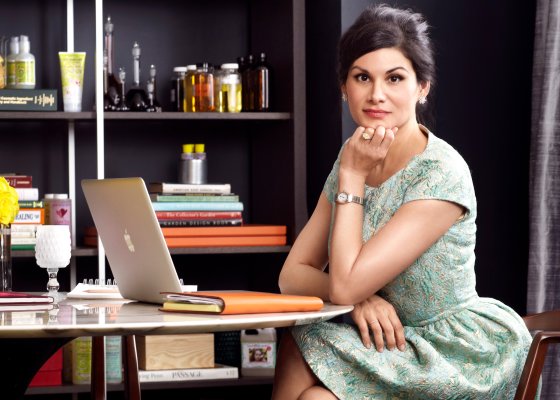 The Boss: I Borrowed $2,000 From My Mom and Built a Multi-Million Dollar Business
Next Up: Editor's Pick