The novelist and journalist Tom Wolfe, who died on Monday at age 88, will be remembered for his impact on the development of the New Journalism, his inimitable — though oft-imitated — writing style and his incisive ability to define the culture he observed. But the author of such classics as The Right Stuff and The Bonfire of the Vanities will be remembered for something else, too: his suit.

For decades, Wolfe had been known for wearing an outfit TIME once described as “a trademark white suit and vest, a high-necked blue-and-white-striped shirt complemented by a creamy silk necktie.” He might be caught in other outfits — a tux or summer seersucker, or the blue blazer with which he flew under the radar while touring colleges to collect material for his 2004 novel I Am Charlotte Simmons — but the white suit was essential.

And, as it turns out, the story behind the white suit is essential Wolfe too. In a 1989 Q&A with TIME’s Bonnie Angelo, Wolfe explained how the look came about:

His happy attitude toward being associated with his clothing continued throughout his life.

In 2008, in a Q&A with TIME readers, the writer — who also described window shopping as his primary hobby — took a query about whether he ever got tired for being known for the way he dressed. Quite to the contrary, he answered. “It has done me so much good. Not long after I published my first book, I quickly found I was terrible at being interviewed,” he said. “But then I’d read the piece and it would say, ‘What an interesting man; he wears white suits.’ And so it was a good 10 years where the suits were a substitute for a personality.”

Although few today would remember Wolfe as a man without a personality, his observation still holds true: those who write about him cannot resist mentioning the white suits. That he was interesting, however, can be attributed to much more than his fashion sense. 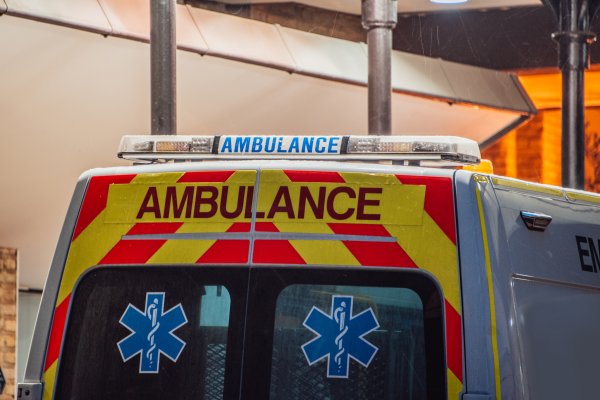 CEO Who Injected Himself With Experimental Herpes Treatment Found Dead in Sensory Deprivation Tank
Next Up: Editor's Pick