The County That Closed Its Public Schools Rather Than Desegregate After Brown v. Board of Education

A crowd of about 1,000 attends an NAACP rally in Farmville, Va., marking the 7th anniversary of the Supreme Court's school desegregation ruling. The rally was at the courthouse of Prince Edward County, whose public schools were closed because of integration order.
Bettmann—Bettmann Archive
By Arica L. Coleman

When judicial nominee Wendi Vitter made headlines last month for evading a question at her confirmation hearing about whether or not she agreed with the 1954 landmark civil rights decision in Brown v. Board of Education, some pundits dismissed the idea that the question ought to be taken seriously. This line of questioning only served as a “gotcha” moment, the argument went, and Vitter’s remark that she preferred not to comment didn’t mean she wanted to see the case overturned. That may be true, but the idea that Brown could be challenged is not a ridiculous one. This landmark decision has been under attack since the day it became law.

In fact, the first wave of resistance lasted an entire decade, during which time Prince Edward County, Va., school officials closed public schools for five whole years rather than comply with the Supreme Court order to desegregate.

Brown v. Board of Education began with a class action suit filed in 1951 on behalf of Oliver Brown, a black Methodist minister whose daughter was refused enrollment at the “whites only” elementary school near her home in Topeka, Kans. The case soon gained national attention and many rightly predicted that it was the test case that—rolled together with four additional cases—would overturn the doctrine of “separate but equal” that had been established in Plessy v. Ferguson in 1896.

While the specifics of the cases under the Brown umbrella varied, the court ruled on the single fundamental question that underscored them all: “Does segregation of children in public schools solely on the basis of race . . . deprive the children of the minority group of equal educational opportunities? We believe that it does,” Chief Justice Earl Warren stated in the unanimous decision handed down on May 17, 1954.

As TIME reported at the time, the decision stunned the nation. While officials from Oklahoma and Kansas vowed that the order would be carried out “with little trouble” and Texas stated that it would “comply,” Georgia—which like South Carolina had passed laws to abolish public education in anticipation of the decision—was the court’s loudest and harshest southern critic. Sen. Richard Russell did not mince words, calling the decision, “A flagrant abuse of judicial power,” and vowing that state officials, “will map a program to insure continued and permanent segregation of the races.”

Contrary to the bluster from the peach state, Virginia’s Governor Thomas Stanley, after reading the full decision, calmly stated that he would work with leaders throughout the state to “consider the matter and work toward a plan which will be acceptable to our citizens and in keeping with the edict of the court.” Governor Stanley, and other lawmakers throughout the South, believed that, since the court had not indicated a deadline for integration, time was on his side.

Yet, the gloves came off the following year when the Supreme Court handed down a directive in which the states were ordered to integrate public schools “with all deliberate speed.” Virginia led what became known as the Massive Resistance Movement, organized to defy the court’s directive. Its creed, the Southern Manifesto, introduced on the floor of the House in 1956, was supported by approximately a fifth of the members of Congress, even those southern officials who had earlier vowed to comply with the initial court decision.

The journey to massive resistance in Virginia was a long one. In 1951, the same year Oliver Brown filed suit in Kansas, a brave 16-year-old named Barbara Johns led a student walk out to protest dilapidated conditions at Robert R. Moton High School and to demand that the state allocate funds to build a new school for blacks just as it had done for whites. John’s contacted lawyers at the NAACP Office in Richmond, Va. They encouraged the youth to demand more than just a new school. She should, they said, demand an end to school segregation. Her case was one of the five covered by Brown.

In the four years after the decision came down, Southern states defied the Supreme Court order by enacting laws that made a state’s rights argument that Brown was null and void. As described by Donald P. Baker’s later account of these events for the Washington Post, opponents of the decision labeled integration, “a cancer and a sickness of the heart.” These laws also aimed to abolish the public school system and replace it with a private school system for whites only. But by the end of the decade, the Massive Resistance Movement had run its course as state and federal courts undermined resistance efforts. On Jan. 19, 1959 — the 152nd birthday of Robert E. Lee — Virginia declared an end to massive resistance.

But Prince Edward County was just getting started.

Less than six months later, the county fully transitioned to a private school system by refusing to allocate funding for public schools for the upcoming school year. In addition, every school in the county was padlocked and access to textbooks and other educational resources remained beyond reach. While white children were able to attend school on tuition grants allocated by the states (under a model similar to modern school vouchers), black students were left to fend for themselves. As Baker noted, “The consequences were borne almost entirely by the county’s 1,800 black students.”

This was an intensely challenging time for parents, students and black teachers alike. Some students discontinued their education. Some attended makeshift schools supported by out-of-state-contributions. But these schools suffered from insufficient resources and a dearth of staff, as many black teachers left the area in search of better opportunities.

By 1962 President John Kennedy began directly pressuring the county to resume public education. Attorney General Robert Kennedy kept up the pressure and visited the area after his brother’s death. Several weeks after his visit, on May 25th, 1964, just about a week after the tenth anniversary of the landmark Brown decision, the Supreme Court ordered Prince Edward County to reopen its public schools.

The Brown decision produced mixed results, as its anniversary is always cause to remark. As a 2014 article published by The Atlantic to commemorate the 60th anniversary of the case observed, gains in integration, which helped to close the education gap during the 1970s and ‘80s, have been undermined more recently. The struggle for an equitable education system for all children continues. This landmark decision has always needed defending, and its legacy must still be protected today. 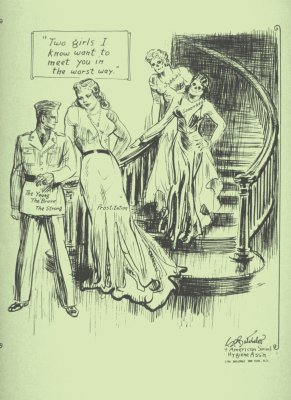 The U.S. Detained 'Promiscuous' Women in What One Called a 'Concentration Camp.' That Word Choice Matters
Next Up: Editor's Pick