Donald Trump supporters await the start of a rally with the Republican presidential hopeful at the Pennsylvania Farm Show Complex & Expo Center on April 21, 2016 in Harrisburg, Pennsylvania
Mark Makela—Getty Images
By Alana Abramson

Pennsylvania voters are reportedly receiving e-mails and letters with threats of public condemnation if they don’t head to the polls in Tuesday’s primary elections.

According to the local Pennsylvania news site Lancaster Online, some voters in the Keystone state have recently been sent letters that lists whether they and their neighbors voted in past elections.

“Why do so many people fail to vote? We’ve been talking about the problem for years, but it only seems to get worse. This year we’re taking a new approach,” reads the letter, a copy of which was obtained by Lancaster Online. “We’re sending this mailing to you, your friends, your neighbors, your colleagues at work, and your community members, to publicize who does and does not vote.”

The letter subsequently states that additional information will be provided after Tuesday’s primary.

The group sending the letters is called the Pennsylvania State Voter Program. Randall Wenger, the Chief Clerk of the Lancaster County Board of Elections, told Lancaster Online that the letters had surfaced in seven counties, including Lancaster, and that his office had been “inundated” with calls after people received them.

While some recipients have said the letters feel invasive, voter rolls – including who voted – are a matter of public record in Pennsylvania and many other states.

The Pennsylvania Department of State said voters in other states have received similar letters, according to Lancaster Online, leading them to think this is a nationwide effort.

Tuesday’s primaries in Pennsylvania are the first state-wide elections with a new Congressional map, which was reworked by the state’s Supreme Court following a gerrymandering lawsuit. 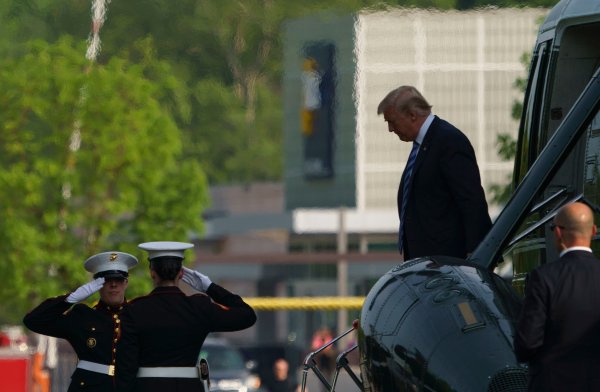