The Army v. The Press

It’s like a tank killing a mosquito. A pair of reporters from the Toledo Blade newspaper in Ohio recently stopped outside the gate of the Lima Army Tank Plant—officially rechristened the Joint Systems Manufacturing Center a decade ago—to snap some photographs of the 600-worker plant, some 80 miles south of their paper in northwest Ohio. According to the Army, the snapshots violated federal law and Army regulations, and led to the arrest of the two journalists and the confiscation of their equipment, which was only returned to the paper after the Army deleted dozens of photos.

The ensuing legal case pits a military jittery about terrorist threats post-9/11 with journalists trying to do their jobs. It’s a fuzzy frontier. The case is interesting because the nation continues to recalibrate its reaction to 9/11. In its immediate wake—when there were real concerns about follow-on attacks—the government tightened security measures across the board. While some of those are now being eased, anyone visiting Washington, D.C., would be amazed at the fortress-like look of the nation’s capital. That D.C. mindset apparently exists at the tank plant, as well.

“We have known for over a decade now that military and security personnel have been overreacting to traditional news-gathering practices near any government facilities,” says Gregg Leslie, the legal defense chief at the Reporters Committee for Freedom of the Press, a non-profit group in Arlington, Va. “But the allegations in this case are even worse than we usually see.”

The paper sued the U.S. in federal court in Ohio last Friday, along with Defense Secretary Chuck Hagel, Lieut. Colonel Matthew Hodge, who commands the plant, plus several Army police officers and a Pentagon civilian, identified only by first and last names. The paper has also filed a complaint with the FBI alleging the Army violated the reporters’ civil rights.

The battle began when Blade photographer Jetta Fraser and reporter Tyrel Linkhorn were in Lima covering an event at a local Ford factory. They swung by the tank plant in the early afternoon of Mar. 28 to take some photos that could add to the paper’s library for future stories involving the plant.

The pair left Buckeye Road and drove into the plant’s circular access road, stopping short of an unmanned guard hut some 30 feet from the main thoroughfare. The plant builds the Army’s M-1 Abrams tank, armored hulls for the service’s Stryker combat vehicle, naval gun turrets and other combat vehicles for the U.S. and its allies. The installation belongs to the Army’s Tank-Automotive and Armaments Command Life Cycle Management Command, and is operated by General Dynamics.

The Army, in a statement, says it acted properly when its police “stopped two news professionals within the boundaries of the Joint Systems Manufacturing Center…who had taken unauthorized photographs of the installation.” As a “restricted” government site, both federal law and Army regulations make it “unlawful to take any photograph without first obtaining permission of the commanding officer,” the Army says. “Signage to this effect is visible and warns that any such material found in the possession of unauthorized personnel will be confiscated.”

Blade managing editor Dave Murray disagrees. “There are no such signs at the entrance of the tank plant,” he says, quoting his reporters. “There are signs saying that if you enter the plant grounds, passing through the fence surrounding the plant, that persons are subject to search and no photographic equipment is allowed.” But Murray says his staffers never went that far.

The service declined to answer questions about how the Army police handled Fraser. “It is the Army’s standard policy not to comment on pending litigation,” Don Jarosz of the Army’s Tank-Automotive and Armaments Command Life Cycle Management Command said. But editor Murray was willing to talk: Officer Snyder, he says, “completed a full body pat down, moving her breasts around in the process.”

The police seized two cameras and their memory cards, along with a notebook and pocket calendar. Several hours later—after the Blade reached out to Senator Rob Portman, R-Ohio—a Blade employee got the gear back. But the photographs had been deleted, as had those taken earlier in the day at the Ford event.

Like many long-ago wars, the conflict between the Army and the Blade has clear front lines. Unfortunately, this case seems to fall into a no-man’s-land—not quite public road, but not inside the plant fence. The Army stressed that the pair was apprehended “within the boundaries” of the plant site, which, in the Army’s eyes, may extend beyond the fence line.

The newspaper argues in its complaint that “there are no signs, traffic-control devices, or any other indications of limited or prohibited public access to the portion of the roadway located between Buckeye Road and the guard hut.” The Blade says the Army violated its reporters’ constitutional right to gather news, that it illegally detained the journalists, that their gear and photographs were unlawfully taken from them, and that photographer Fraser was illegally restrained and threatened with bodily harm. “We expect this kind of behavior from the Russian army in the Crimea,” Murray says, “not the U.S. Army in Lima, Ohio.” The newspaper is seeking unspecified compensatory and punitive damages from the government, and a declaration from the court declaring the Army violated the reporters’ rights and ordering it not to do so again.

There is, of course, a simple way to solve the problem: bar photography inside the plant fence. In a world filled with satellites and drones overhead, and Google Street’s elevated views and passing cars filled with iPhones, it would seem in the Army’s best interests to ensure there is nothing worth seeing from outside the fence. Might also give the service a chance to practice its camouflage skills. 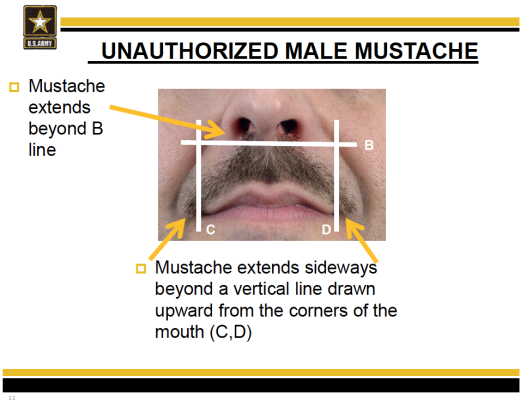 The Army Just Got Pickier
Next Up: Editor's Pick