Senate Minority Leader Harry Reid (D-NV) listens to questions from reporters during a news conference after their weekly policy meeting with Senate Republicans, at the U.S. Capitol, May 10, 2016, in Washington, DC.
Drew Angerer—Getty Images
By Maya Rhodan

Former Senator Harry Reid, a Democrat of Nevada, has undergone surgery to remove a tumor in his pancreas, his family said in a statement on Monday.

According to Reid’s family, doctors discovered the tumor in his pancreas during a routine screening and they are confident that he will recover well after the surgery. Reid, a former Democratic Senate leader, will receive chemotherapy in the next phase of his treatment, the statement said.

Reid, 78, who spent decades in Democratic leadership in the Senate, is being treated at Johns Hopkins Cancer Center. As of Monday afternoon, Reid was “out of surgery, in good spirits, and resting with his family,” according to the family statement.

The Nevada Democrat retired from the Senate in 2017, after serving 30 years in the upper chamber. The Senator opted against running for re-election in 2015; that same year he suffered from a brutal accident that left him blind in one eye. Since leaving the Senate, Reid has spent the majority of his time in Las Vegas.

In a recent interview with the New York Times, Reid said that the current state of politics made him feel “sad.”

“I just shake my head is all I can do,” he told the Times. “I can’t fathom the Republicans doing what they do — nothing, nothing, it doesn’t matter what he does.” 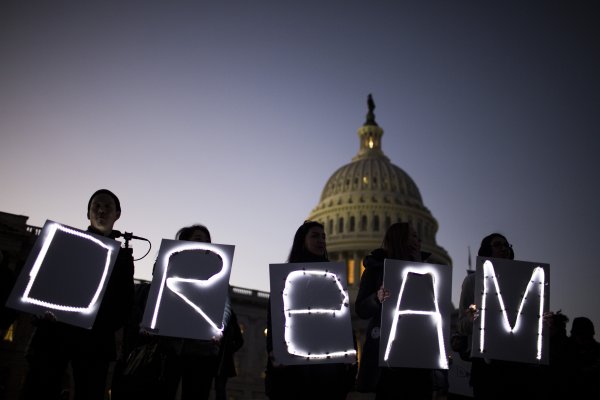 These Republicans Are Trying to Force a Vote on DACA. Paul Ryan Is Not Budging
Next Up: Editor's Pick