Leave it to Ryan Reynolds to keep on surprising audiences. This time, Reynolds — who is currently in South Korea on the press tour for Deadpool 2, which drops in theaters on May 18 — made a splash not through the antics of his zany, unpredictable onscreen character, but by his incognito appearance on a singing competition reality show as himself. Watch out, K-pop stars: Reynolds is ready for his primetime music career.

The show, called King of Masked Singer, conceals each singer’s identity by having them wear a costume and elaborate mask, which they eventually remove for a dramatic post-performance reveal. Reynolds was bedecked in a cartoon unicorn mask and rainbow-trimmed white cape, and he belted out a delightful rendition of the classic tune “Tomorrow” from the musical Annie, handily managing a variety of key changes. While singing, cuts to the audience and judges show their intense interest in this stranger; they appear quite impressed by his vocal chops.

But they really lose it when the mask comes off at the end of the song, of course, as Reynolds waves from the stage. (Despite the audience’s appreciation of his music, he ultimately did not advance past the first round of competition, which explains why he was asked to reveal his identity so soon.) King of Masked Singer is apparently a big hit in South Korea, and celebrities are par for the course as contestants — but Reynolds appears to be the first Hollywood export to grace their stage. 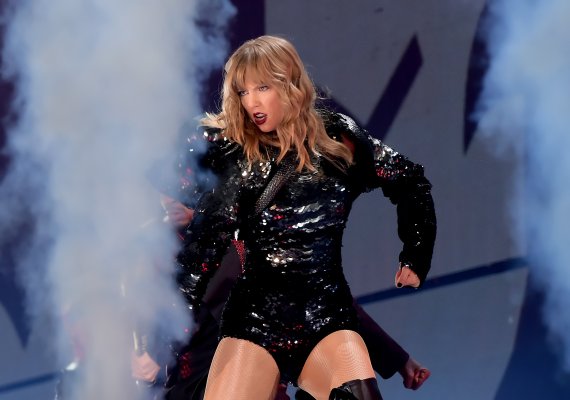 Tiffany Haddish Popped Up for a Cameo at Taylor Swift's Show
Next Up: Editor's Pick