On paper, Kristen Meinzer and James Barr do not have much in common. Meinzer, an Asian-American woman originally from Minnesota, lives with her husband in New York. Barr, a red-haired, gay Londoner, grew up in a sleepy British seaside town called Eastbourne.

Yet the pair have a joint obsession which has helped them form a connection despite being 3,500 miles away from each other: they are fanatical about the British royal family.

Having been introduced through a mutual friend, Meinzer and Barr decided to launch a transatlantic podcast When Meghan Met Harry: A Royal Weddingcast, which began around the same time as the royal couple announced the date of their May 19 wedding.

The podcast is mainly listened to by royal fans in the U.S., Canada and other Commonwealth countries. “Americans are obsessed with this wedding,” Barr says. “We hear a lot from royals fans, or royal watchers, in the U.S.”

To Meinzer and Barr, the wedding of Prince Harry and Meghan Markle will be a significant historical moment, and a point when they too will come together. The pair are meeting up in Windsor, where Harry and Megan are tying the knot, and are looking forward to seeing whether their royal wedding predictions — from the length of Meghan Markle’s train to whether she will bring her “Californian flair” to her outfit — will come true.

“I’ll be talking with locals about how exciting the day is and giving some interviews to the press,” Meinzer says. “But mostly I’ll just be celebrating love. And knowing that the rest of the world is going to be celebrating too.” 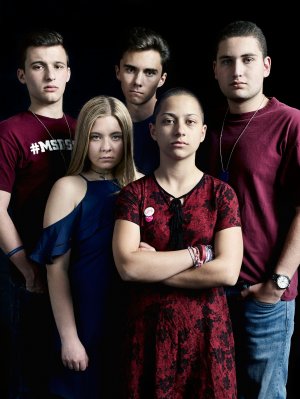 How Generation Z Will Change the World
Next Up: Editor's Pick