Duterte Didn’t Like When I Called Him a ‘Strongman.’ Here's Why I Stand By My Story

Philippine President Rodrigo Duterte arrives for the 19th Association of Southeast Asian Nations (ASEAN)-South Korea Summit on the sidelines of the 31st ASEAN Summit and Related summits at the Philippine International Convention Center (PICC) in Manila on November 13, 2017.
NOEL CELIS—AFP/Getty Images
Ideas
By Ian Bremmer
Bremmer is a foreign affairs columnist and editor-at-large at TIME. He is the president of Eurasia Group, a political-risk consultancy, and GZERO Media, a company dedicated to providing intelligent and engaging coverage of international affairs. He teaches applied geopolitics at Columbia University’s School of International and Public Affairs and his most recent book is Us vs. Them: The Failure of Globalism.

Earlier this month, I authored a piece for TIME on a trend I see building in international politics today: the emergence of “strongmen” as national leaders in many countries. Among those I profiled were Russia’s President Putin, Egypt’s President Sisi, Turkey’s President Erdogan, Hungary’s Prime Minister Orban, and Philippine President Rodrigo Duterte. These are all leaders who’ve won elections in their countries while restricting basic freedoms to tighten their hold on power.

Over the past few days, President Duterte has more than once taken public exception to the article. “I am not a strongman,” he said during a speech in Davao City. “I have never sent anybody to jail for criticizing me. I said, for all I care a security guard, or police general, or a teacher, or a gardener can criticize me and bullshit me to no end. I will take that.” Then Mr Duterte added, “But if you’re a foreigner, that is another thing.”

Illustration by Hellovon for TIME

To set the record straight, yes, Duterte won a fair election. So did Viktor Orban, Hungary’s self-proclaimed champion of “illiberal democracy.” Duterte is popular, and so is Vladimir Putin. And according to a 2018 report from Human Rights Watch (HRW), a source I consider highly credible, Duterte has “plunged the Philippines into its worst human rights crisis since the dictatorship of Ferdinand Marcos in the 1970s and 1980s.”

By enabling extrajudicial killings by police and encouraging vigilante justice in his country, Duterte’s “war on drugs” has killed an estimated 12,000 people, including children, most of them poor people. The evidence suggests that some are drug dealers in need of prison, some are addicts in need of treatment, and some are innocent bystanders in need of protection. As for not sending anyone to jail for criticizing him, Senator Leila de Lima, Duterte’s most forceful critic, has been detained on drug charges that HRW says are “politically motivated.” Just this week, the Philippines’ Supreme Court Chief Justice Maria Lourdes Sereno, another fierce Duterte critic, was removed from her post following an 8-6 vote by her fellow justices; Duterte pushed hard for her ousting, calling himself an “enemy” of hers and threatening to forcibly remove her should it come to that.

I’m far from the only foreigner with opinions Duterte rejects. His government dismisses evidence of his drug war death toll, substantiated by international rights organizations, as “alternative facts.” He has tried to harass and intimidate United Nations officials charged with investigating the evidence.

Given that Mr. Duterte has made his reputation as a man who loves to talk tough, perhaps he likes being called a “strongman” a bit more than he’s willing to admit. He’s spent more time talking about it than I have.

One last note: a Time reader in the Philippines suggests my use of the term “strongman” reveals a bias against my own gender. Show me a female head of government anywhere in the world guilty of ordering human rights abuses on this scale and, in future, I’ll refer only to “strongpersons.” 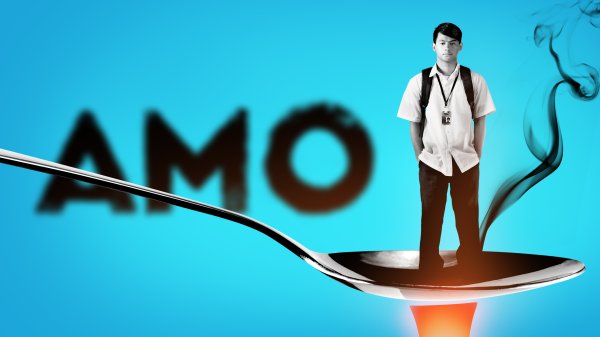