Motherhood Makes You Dangerous—And That's Powerful in the #MeToo Era

When I had my daughter, it was the first time that I truly understood the depths of my own power and the width of my own potency. It can be hard for women to value the complexities of such dimensions, especially in a society that systematically tells us that our bodies are wrong, the way we breastfeed is wrong, the way we raise our children is wrong — that nothing is right about our wrongness. After I became a mother, something changed in me; my intuition’s frequency, my fire’s luminosity. My sorcery.

The very act of giving birth is an alchemical spell. It’s an experience that binds you to your two most polar opposites: a feeling of extreme strength and extreme fragility, all at once. I’ve described it as becoming a superhero overnight. I once described it to my friend Laura as becoming The Incredible Hulk; Within hours after the experience of giving birth, your hormones stampede, your breasts swell, your mind grows a thousand daggers it would use in a second to protect your new offspring. It’s a lot. I told her that it could make you feel crazy. That it’s okay to cry whenever she wanted to. That not every woman is a gorgeous lactating goddess and not every experience of motherhood is a happy one. Not every woman slips easily back into her body, her old life, her living, after becoming a mother. That we need support. That while women nurture, we too need nurturing. Once at 3.a.m., I was in complete despair about the low milk supply I was able to produce for my daughter and my friend Amy Poehler called me to talk me through it. What she said to me will stay between us forever, but this much I can share: She told me I was not doing everything wrong. In fact, I was doing everything right. We women have so much wisdom to share with each other, the same wisdom we must share with the world.

Amberlyn Tamblyn on her way to the Women's March while 8 months pregnant.
Courtesy of Amber Tamblyn.

That wisdom, when shared, does not always come easy to accept or take in, especially for most men. The #MeToo movement was a revolution that fueled me, as it fueled so many others. I knew I had to jump in and do the hardest work of my life, not just for our culture’s sake, but also for my daughter’s future. In the months since #MeToo, we’ve already taken the most important steps, which is changing the conversation and creating action-oriented organizations such as Time’s Up, which works to make sure no woman has to ever say “Me Too” again. There’s also been a change in how we react to the ways people talk to women and young girls. Just the other day, I read a story from a mother I know whose 5-year-old daughter was going through the TSA security scan when the agent playfully put his hand down and said, “You can’t come through until I get a smile.” This kind of aggressive behavior is something we wouldn’t have made a big deal about a year ago. But the world has changed since Donald Trump became our president and the indoctrination of our young girls as fledgling objects has never been more striking than under his presidency.

Now more than ever, mothers and fathers of young girls should teach them that they do not owe any man a smile. That our young sons do not have to be the de facto students of masculinity and strength. We need to teach our young girls that our physical selves are not to be commanded or communed. That we owe no onus to anyone. As mothers and fathers, it is our evolutionary obligation to end the painful narratives of oppression that are handed down to our girls and fellow women like precious keepsakes. We must hold space for the most intimate truths of motherhood — from the gruesome, ugly details of childbirth to the difficulties of breastfeeding and far beyond. We must be honest. And we must demand honesty. Because the act of becoming a mother makes you find out quickly what you will and will not tolerate. It makes us dangerous.

It’s not that I don’t have concerns when it comes to my daughter and her potential power, too. I look at the Parkland survivors who instill a sense of great pride and hope in me — but they also bring me pause. For they are still children. And they are fighting the feats that should be led by us, their parents, their adults. Yes, they’re owning their power. But I can’t help but wonder: What is it like to be Emma Gonzalez’s mother? No one wants their child to be dragged all over the Internet or attacked by the NRA or lobbyists. How do you protect her while also letting her be the activist she is? There is no easy answer just as there is no easy action.

At just over a year old, my own daughter already intuits so much. Her brow furrows in the exact same deep way mine does when she’s thinking. I want her to know it’s okay to be imperfect. To be flawed. To be a beautiful, glorious mess. To be soft. To be quiet and introspective. To not have all the answers, just like me. But I want her to know that it’s also okay to fight hard. To be loud. To put her heart out on the line. To demand change. To be dangerous. 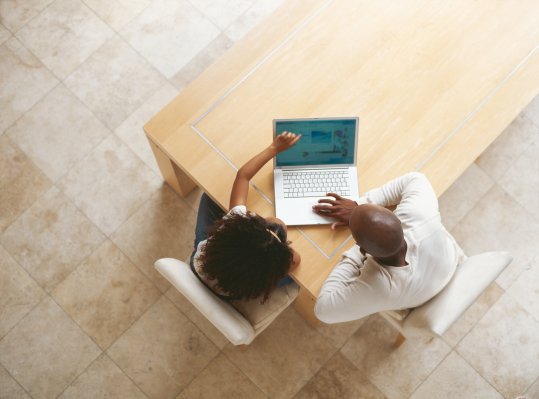 How to Manage Parental Control Over Your Child's Screen Time
Next Up: Editor's Pick