These Republicans Are Trying to Force a Vote on DACA. Paul Ryan Is Not Budging

Republican lawmakers are trying to force House leadership to take up a series of votes on legislation to protect immigrants who were brought to the country illegally by their parents.

Since the Trump Administration announced the end of the Deferred Action for Childhood Arrivals program, or DACA, last fall Congress has failed to pass legislation that would shield this group of immigrants from deportation, which they are at risk for in the program’s absence.

But this week, a group of moderate Republican lawmakers introduced what is known as a discharge petition, which allows members to bring legislation to the floor for consideration, even if it has not moved through a committee, if the petition earns the support of 218 members.

So far, 19 lawmakers — all Republicans except for one — have signed on to the petition. If seven more Republicans sign on, it could have a chance of succeeding if all 193 Democrats in the House of Representatives support the petition. It’s still uncertain if that will happen.

Many of the backers so far are facing tough re-election battles in states and districts where DACA is important to many of their constituents. The leader of the petition, Rep. Carlos Curbelo of Florida, represents a district that Hillary Clinton won by 16 points in the 2016 election which is being targeted by the Democratic Congressional Campaign Committee.

Other signatories include Rep. Mia Love of Utah, Rep. Hurd, Rep. David Valadao of California, and Rep. Chris Collins of New York, whose seats are also in the DCCC’s crosshairs. Two Republicans who are not running for re-election, Reps. Ileana Ros-Lehtinen of Florida and Charles Dent of Pennsylvania, also signed on.

The lawmakers, though, insist that they are acting out of a sense of urgency. For months, DACA recipients have looked to members of Congress to provide a permanent solution on DACA to no avail. Ongoing court battles that have offered some reprieve to immigrants who otherwise would have been at risk for deportation after the March 5 deadline came and went.

“We cannot avoid action any longer and this is an important issue that the American people want debated on the house floor,” Hurd said in a statement.

But on Thursday, Speaker Paul Ryan threw cold water on the effort telling reporters at Capitol Hill press conference that he wants to avoid a “spectacle on the floor” and a process that “just ends up with a veto.”

“I would like to have an immigration vote before the midterms. But I want to have a vote on something that can make it into law,” Ryan said. 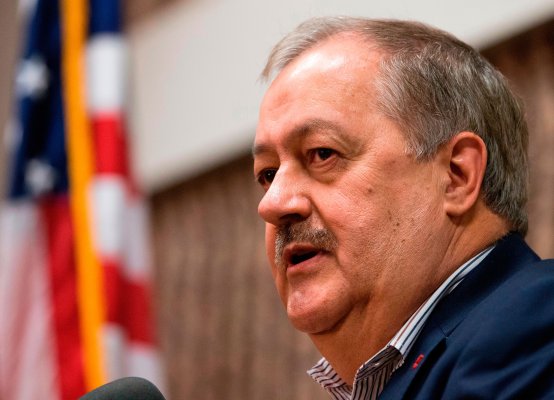