Hawaii's Kilauea Volcano Is Still Erupting. Here's What to Know if You're Traveling to Hawaii

A week after its first major eruption in years, Hawaii’s Kilauea volcano, on the Big Island, continues to spew smoke, ash and sulfur dioxide gas into the skies.

Officials have ordered the evacuation of roughly 1,700 people who live near the volcano, including in the nearby communities of Leilani Estates and Lanipuna Gardens, and urged all others to avoid the area. But what if you’re scheduled to take a trip to one of the other Hawaiian islands, or another part of the Big Island?

Here’s what you need to know about traveling to Hawaii as the Kilauea volcano continues to erupt.

The area directly around Kilauea continues to be dangerous

Warnings remain in effect for the Kilauea volcano area, due to the formation of new fissures, continuing earthquake activity and rockfalls that result in ash-generating explosions, according to a United States Geological Survey (USGS) update. Lava eruption is currently paused, but likely to resume, the USGS says. Levels of sulfur dioxide gas — a pollutant continuously expelled by the volcano, especially during times of major eruption — are also elevated, according to the USGS. Sulfur dioxide gas is toxic on its own, but it also reacts with moisture, sunlight, oxygen and dust in the atmosphere to create volcanic smog, or vog, a hazy substance that can trigger asthma attacks and irritate the eyes, nose, throat and lungs.

The USGS has also warned that lava lake levels in a crater at the volcano’s summit appear to be dropping. If they fall far enough, water could seep into the lake, creating steam. Rocks that fall into the crater could effectively then create a seal over that steam, allowing pressure to build until an explosion occurs. Such an explosion could send “ballistic projectiles” weighing several tons hurtling more than half a mile from the volcano, and smaller rocks and ash even further than that, according to the USGS.

Though the USGS says the lava levels have raised the likelihood of steam-driven explosions, it “cannot say with certainty that explosive activity will occur, how large the explosions could be, or how long such explosive activity could continue,” according to an update.

But travel to the rest of Hawaii should be fine

Ross Birch, executive director of the Island of Hawaii Visitors’ Bureau, says there’s no reason to cancel the vast majority of upcoming trips, since most hazards are confined to the area directly around Kilauea. “The immediate area of where the lava outbreaks are is definitely a restricted area,” he says — but aside from that, travel should go off without a hitch. Birch points out even those who have evacuated are sheltering only two to five miles away from the volcano, and that air quality on the rest of the Big Island, as well as neighboring islands, remains good or moderate.

Visitors’ accommodations and activities should also be largely unaffected, he says, adding that a few hotels directly across from Hawaii Volcanoes National Park are even open and welcoming visitors. That said, most of the park will preemptively close Friday due to the possibility of steam explosions, according to an advisory issued by the National Park Service.

Most flights should be uninterrupted, but several airlines have offered to waive change fees for customers who may be affected by the volcanic activity.

Just don’t try to see Kilauea for yourself

Tour operators in Hawaii have gotten plenty of inquiries from intrepid travelers wanting to see Kilauea’s lava first-hand, the New York Times reports. But don’t get any ideas: The Hawaii County Civil Defense Agency had a strong statement for any would-be volcano chasers. “This is not the time for sightseeing,” representatives for the agency said in a statement. “The residents of Leilani Estates are going through a very difficult time. We ask for your understanding.” 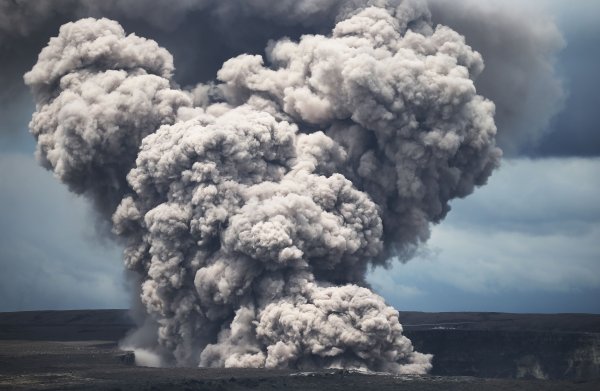 Hawaii's Kilauea Volcano Could Bring 'Ballistic Projectiles' and Ashfall in Coming Weeks
Next Up: Editor's Pick