R. Kelly is the first artist whose music will be removed from Spotify-owned playlists and algorithmic recommendations as part of a new policy against “hateful content and conduct.”

The R&B singer’s music will still be available on the platform, but Spotify will no longer actively promote it, a company spokesperson said in a statement. The move comes as part of Spotify’s new Hate Content and Hateful Conduct public policy, which aims to remove anything that “expressly and principally promotes, advocates, or incites hatred or violence against a group or individual based on characteristics, including, race, religion, gender identity, sex, ethnicity, nationality, sexual orientation, veteran status, or disability.”

While R. Kelly’s songs on Spotify might not violate the “hate content” rules alone, the company said egregious bad behavior by an artist can impact the decisions they make. An internal committee at Spotify spearheaded by Jonathan Prince, vice president of content and marketplace policy, will decide on a case-by-case basis whether to stop promoting an artist, the New York Times reports.

“We don’t censor content because of an artist’s or creator’s behavior, but we want our editorial decisions – what we choose to program – to reflect our values,” Spotify said in a statement to TIME. “When an artist or creator does something that is especially harmful or hateful, it may affect the ways we work with or support that artist or creator.”

R. Kelly, who was acquitted in 2008 on child pornography charges, faces multiple allegations of sexual abuse, including from women who accuse him of coercion and holding them in a sex “cult.” While he has not been charged with a crime, coverage of the sexual misconduct allegations against him have grown. Last month, the hashtag campaign #MuteRKelly launched in an effort to hold the singer accountable and became a part of the larger #TimesUp effort to fight systemic harassment across several industries. Kelly has said the accusations have been “perpetuated by the media” in an “attempt to distort my character” and has denied holding women in a “cult.”

Music by the rapper and singer XXXTentacion, who currently faces a multiple domestic abuse charges, including aggravated battery of a pregnant woman and domestic battery by strangulation, will also be removed from Spotify playlists. XXXTentacion denies the allegations.

The alleged behavior of both musicians has come under scrutiny in recent months as the #MeToo movement has inspired women to come forward with their stories of being abused and mistreated.

“Pandora’s policy is to not actively promote artists with certain demonstrable behavioral, ethical or criminal issues,” a company spokesperson said in a statement. “We approach each of these scenarios on a case–by–case basis to ensure we address components true to Pandora’s principles while not overreaching and avoiding censorship.”

Representatives for R. Kelly and XXXTentacion did not immediately comment. 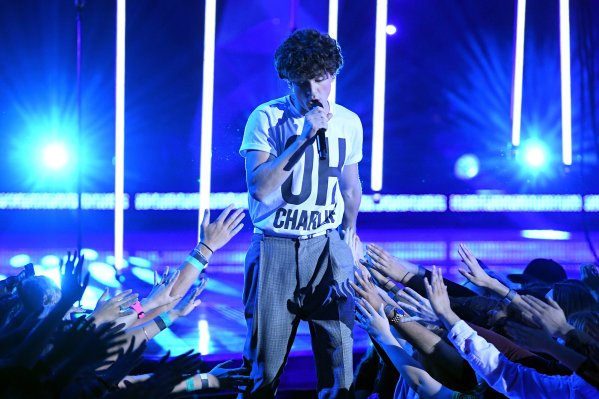