President Donald Trump revealed the date and location of his upcoming meeting with North Korean leader Kim Jong Un, announcing Thursday that they will meet in Singapore on June 12.

In typical fashion, Trump first revealed the news on Twitter. “The highly anticipated meeting between Kim Jong Un and myself will take place in Singapore on June 12th,” he tweeted Thursday morning. “We will both try to make it a very special moment for World Peace!”

The details of the sit-down came two days after Secretary of State Mike Pompeo traveled to North Korea to prepare for the meeting, which Trump noted on Tuesday as he withdrew the U.S. from the Iran nuclear deal. “The United States no longer makes empty threats. When I make promises, I keep them,” Trump said in his speech at the White House that day. “In fact, at this very moment, Secretary Pompeo is on his way to North Korea in preparation for my upcoming meeting with Kim Jong Un. Plans are being made. Relationships are building.”

Some foreign policy experts worry that backing out of the Iran deal will make it harder for the Trump Administration to convince North Korea to enter into a deal with the U.S. But as TIME reported earlier this week, Trump and his aides think the decision will show North Korea that the United States won’t accept any deal that would allow Kim to restart a nuclear program. 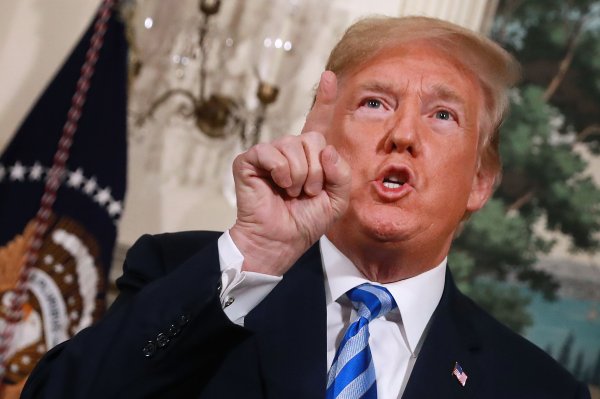 Trump Is Threatening to 'Take Away' Reporters' Credentials. He Told TIME He Wouldn't Do That
Next Up: Editor's Pick