Zora Neale Hurston May brings the long-delayed publication of a book by the American great
Photo-illustration by Victoria Villasana for TIME
Ideas
By Lily Rothman
Lily Rothman is Assistant Managing Editor, Magazine, at TIME

In 1927, a man in Alabama–the last survivor of the last known ship ever to bring enslaved humans from Africa to the U.S.–received a visitor. A young anthropologist, working on her first big assignment, wanted to hear what he remembered of freedom, of bondage and of what came before. The aspiring scholar’s name was Zora Neale Hurston.

Hurston returned several times, aiming to write a book about the man–called Kossola, with a variety of spellings, or Cudjo Lewis–but never found an interested publisher. Even as she became an esteemed writer, his story stuck with her. His yearning for home, undimmed by time, was wedged in her mind. Now, about 90 years later, the book she had wanted, a nonfiction account of her interaction with a man who lived a vanishing history, has finally been released with great fanfare as Barracoon: The Story of the Last “Black Cargo.”

“There is a willingness of people at this point in time to look at this issue, to interrogate it, to question it, which is what we have to do,” says Deborah G. Plant, the scholar who edited the new volume. “And we have to do it because people are still wrestling with this very fundamental issue about freedom, about humanity, about the right to live a life on one’s own terms.”

Kossola didn’t get much of a chance to do that. He was only a teenager when his village in what is now Benin was raided and he was taken to the barracoon–the stockades in which captives waited for sale. He and more than 100 others were brought onto the schooner Clotilda for the Atlantic crossing, despite the fact that the U.S. had already banned participation in the global slave trade. Upon reaching Alabama in 1860, the Clotilda, now implicated in a crime, was burned after delivering its human cargo. This fact was hardly a secret (the New York Times covered the arrival in Mobile Bay), but the men behind the transaction went essentially unpunished.

Kossola and his fellows labored in bondage for about five years, until the Civil War, at the end of which they were freed. They were overjoyed but unmoored. They didn’t fit in with African Americans they met, who looked down on them. They couldn’t get passage back to Africa. So they worked to buy land from the man who had bought their bodies, and founded a settlement near Mobile, called Africatown. It was there that Hurston met Kossola.

This is perhaps the best-documented view of the workings of the transatlantic slave trade in history, says Sylviane Diouf, author of the 2007 book Dreams of Africa in Alabama. From Africatown’s function as a living memory to the legal records of the Clotilda case, it can be seen from all angles–including, thanks in part to Hurston, the perspective of those who lived it. She wrote that Barracoon is Kossola’s story “without the intrusion of interpretation,” but the participant-observer anthropologist is a constant presence. When she sees that telling this story is too hard for him to go on, it is Hurston who allows the reader to feel with the man who describes himself as a “tree of two woods,” part slave and part free.

“When you hear his story, you can’t help but feel his humanity,” says Plant. “That’s what she was able to give us in this manuscript. It’s what she gives us in all of her writing.”

At their first meeting, Hurston was on assignment for the Journal of Negro History. But despite being a talented student who’d attracted the attention of top names in her field, she botched the job and turned in an article heavily plagiarized from a 1914 book by a woman who had interviewed Kossola more than a decade prior. The misdeed wasn’t caught until after she died, but she was unable to move on. She returned to Africatown and wrote Barracoon.

By the time she finished in 1931, the Great Depression had changed the equation for publishers; plus, Hurston, who kept working as an anthropologist, refused to compromise when asked not to write in dialect. Even as she flourished within the Harlem Renaissance, the manuscript languished. In the years leading up to her death in 1960, she faded from public awareness too.

While Alice Walker’s 1973 discovery of Hurston’s unmarked grave is often seen as the beginning of Hurston’s own renaissance, credit for her literary rescue also goes to the late scholar Robert Hemenway, Plant explains. But in his 1977 literary biography of the author, Hemenway lumped the manuscript in with the disgraced journal article. (Others have found that in fact Barracoon is both original and largely accurate.) Later scholars tended to skip over it even as Hurston became a giant of American letters and 1937’s Their Eyes Were Watching God is widely taught as a modern classic.

In 2016, the Zora Neale Hurston Trust decided to try again. “Barracoon seemed especially timely for release now, given that our country is continuing to focus on our racial divide and the consequences of slavery,” trustee Lois Gaston told TIME in a statement. From there, making it work felt like a “necessity,” says Tracy Sherrod, editorial director of Amistad, the HarperCollins imprint publishing the book.

The timing has indeed proved propitious. Last fall, on the PBS genealogy series Finding Your Roots, the musician Questlove learned that he descends from people brought over on the Clotilda. Then an Alabama reporter named Ben Raines found a wreck that looked to be the scuttled ship; it wasn’t, but the story made national news. And although Sherrod points out that Kossola’s relevance goes beyond any headlines, she also sees noteworthy links there: one of Kossola’s sons is killed by law enforcement, and his story holds a message about recognizing humanity echoed by Black Lives Matter.

The link is clear in Africatown too. Although the community is proud of its past–a new welcome center is in the works–it is still wrestling with historical justice. A bust of Kossola was vandalized a few years ago. A highway runs between the old church and its cemetery, a choice that Plant, the book’s editor, feels says something about whether authorities recognized the history there.

The reason Hurston was a revolutionary social scientist, Plant says, goes beyond her innate understanding of people and stories. It also goes beyond what she went through as a black woman doing research in the Jim Crow South. Tied in with the twisted eugenics concepts that enthralled many intellectuals of her time was the idea that cultures could be “inferior.” Black culture was less studied, but of course it did exist–even though those who carried it forward had been ripped from its roots–and Hurston had proof. “In maintaining the authenticity of the lore she collected,” Plant says, “she revealed the humanity that was at the core of everything that was expressed in terms of the life and culture of African-American people.”

The experience most illuminated by Barracoon is the one suggested by its title. It was in the barracoon, Plant writes in her introduction, that Kossola was first “transfixed between two worlds.” At every step, he wonders where he’s going and why. All he knows is where he wants to be: home.

Even freedom doesn’t mean he and his comrades can go back, and by then the old life was gone anyway, so they make “de Affica where dey fetch us.” And though Kossola was never not pulled back by memory, the roots he put down allowed later generations to get a little bit closer to feeling at home, and the words he shared with Hurston showed why that matters. That’s why a show like Finding Your Roots exists. It’s why news about the Clotilda was closely watched. It’s why, according to Donna Hawkins Mitchell, head of the Africatown Community Development Corp., the community is getting ready for an influx of visitors following the book’s release.

Among the aphorisms Kossola leaves Hurston is this: “We say in de Affica soil, ‘We live wid you while you alive, how come we cain live wid you after you die?'” Bury a man in the ground below his house and he will be at home forever. Those who make his home their own will be with him in turn. One of the lessons of Kossola’s life is not to underestimate the value of the ground on which we stand, but place isn’t all that matters when it comes to holding a person close. Another way to do it is to listen to that person’s story and, years later, to remember. 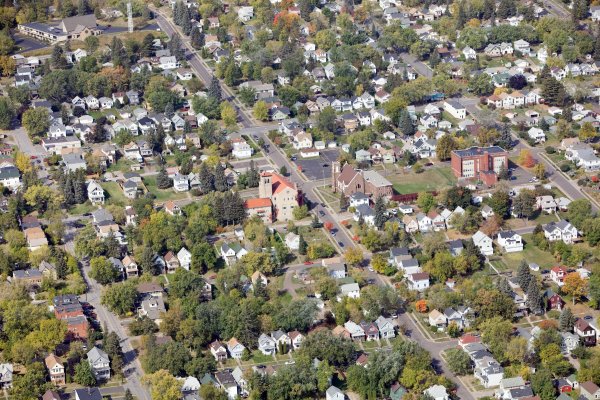 Why Young Americans Are Increasingly Moving to Small Towns
Next Up: Editor's Pick