Trump Told His Lawyers He Knows Nothing About Michael Cohen's Business

President Trump told his lawyers on Tuesday night he didn’t know about payments made to his personal attorney by a Russian oligarch and businesses lobbying the federal government.

After the payments were revealed by Stormy Daniels’ lawyer, Michael Avenatti, and then largely confirmed by news accounts and the companies themselves, Trump lawyers Jay Sekulow and Rudy Giuliani called the president to ask him about it.

“I don’t know anything about it,” Trump told his lawyers, according Guiliani’s recollection of the phone call.

Guiliani said Trump’s legal team is confident Special Counsel Robert Mueller doesn’t believe the President had a role in the transactions. “He was good on it,” Guiliani said. “Nobody’s concerned about it. It doesn’t involve us. If it involved us Mueller would have kept it.”

Asked if the President directed Cohen to accept payments from companies like Novartis and AT&T, Guiliani said, “I have no idea. I doubt it.” Guiliani believes the news helps Trump’s legal team because it feeds the impression that the investigations are moving far from Russian interference.

“They are chasing rainbows,” Guiliani said. “This is yet another irrelevant thing that is made into a big thing.”

Given that the special counsel’s initial mandate is to investigate Russian collusion with Trump’s campaign, Trump’s legal team will “try to block them from everything they can do which would be far afield from that,” he said.

Discussions over whether Trump will agree to be interviewed by Mueller are “right now on hold,” he said. Trump shouldn’t take steps to shut down Mueller investigation, he said, but Mueller himself should bring it to a close “because they don’t really have anything.”

Guiliani said he was reluctant to call the President Tuesday night because he didn’t want to take him away from monitoring his Secretary of State’s negotiations over a summit with the North Korean leader Kim Jong Un and the release of three Americans from North Korea. Sekulow and Guiliani initially left a message at the White House saying they would like to talk to Trump, but it wasn’t urgent and only if he had free time. Sekulow declined to comment on the phone call.

During the call, Trump sounded “exhilarated and happy and satisfied” with what was happening on North Korea, Guiliani said. “Which is a hell of a lot more important than some stupid claim that is probably two-thirds false from this ambulance-chasing lawyer.”

-With reporting by Tessa Berenson/Washington 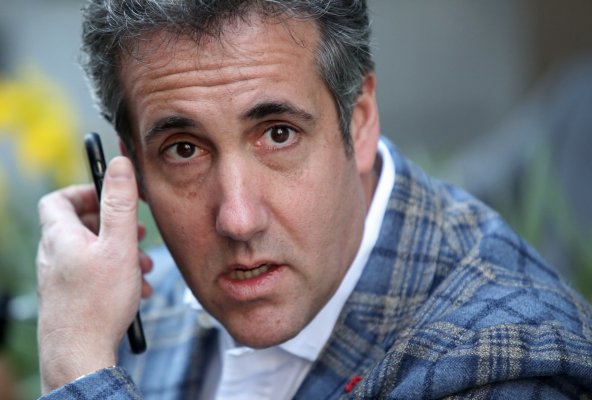 Everything We Know About Trump Lawyer Michael Cohen's 'Essential Consultants' Business
Next Up: Editor's Pick