Trump Is Threatening to 'Take Away' Reporters' Credentials. He Told TIME He Wouldn't Do That

President Donald Trump threatened to “take away credentials” of reporters who write negative news about him in a tweet Wednesday morning, contradicting a statement he made to TIME in 2015 that he would never do so.

Apparently responding to a report from a conservative media watchdog, Trump tweeted that “the Fake News is working overtime” and questioned why he should work with “the media when it is corrupt.”

The tweet came after a Fox & Friends segment cited a report from the conservative Media Research Center that concluded that 90% of evening newscasts on ABC, CBS, and NBC skewed “negative” and primarily focused on scandals and controversies.

As former TIME Bureau Chief Michael Scherer pointed out on Twitter, the President’s comments contrast with statements he gave in an interview in 2015, in which he said he would not pull press credentials from reporters who he felt were being unfair to him if elected.

Here’s the exact quote from the interview.

The Trump Administration has often taken an outwardly hostile stature toward the press that is credentialed to cover it, but the press generally has access to daily briefings and conversations with officials.

Early in the Administration, former Press Secretary Sean Spicer was accused of barring reporters from certain outlets from a briefing in early 2017, just hours after the President had slammed the press. At the time, a White House spokesperson said reporters still had access to information via the small group of reporters that covers the president’s movements known as the pool.

What’s more, barring reporters because of coverage could cross a legal line. In the late 1970s, a federal court ruled that “White House press facilities having been made publicly available as a source of information for newsmen, the protection afforded news gathering under the First Amendment guarantee of freedom of the press, requires that this access not be denied arbitrarily or for less than compelling reasons.”

“And a president preventing a free and independent press from covering the workings of our republic would be an unconscionable assault on the First Amendment,” it continues. 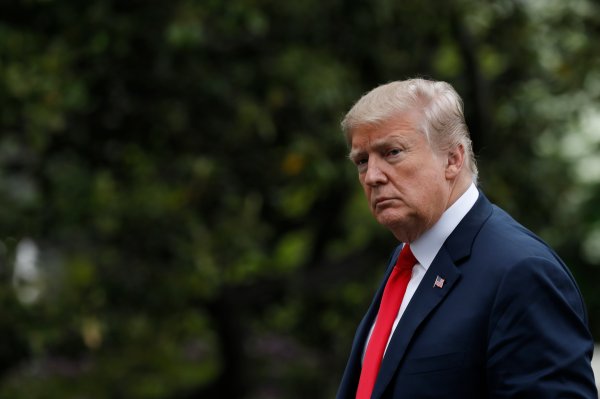 Trump Reimposes All Sanctions on Iran
Next Up: Editor's Pick