Moments after he declared the U.S. was pulling out of the Iran nuclear deal, President Trump seemed to abruptly switch topics to announce that Secretary of State Mike Pompeo was on his way to North Korea to prepare for Trump’s meeting with the nuclear-armed despot Kim Jong Un.

What seemed to be a jarring aside was actually part of Trump’s decision to reimpose U.S. sanctions against Iran.

Over the past two months, Trump has come to see his policy toward North Korea as a success and believes his unusual combination of insults and biting economic sanctions appears to have brought Kim to the table. Now, Trump wants run the same playbook against Iran.

“Today’s action sends a critical message: The United States no longer makes empty threats. When I make promises, I keep them,” Trump said, standing at a lectern in the White House’s Diplomatic Room. Then he brought up Pompeo’s trip: “In fact, at this very moment, Secretary Pompeo is on his way to North Korea in preparation for my upcoming meeting with Kim Jong Un. Plans are being made. Relationships are building.”

Foreign policy experts have warned for months that if Trump backs out of the Iran deal, it will make it harder to convince North Korea that the U.S. will live up to any commitments brokered as part of an agreement to remove nuclear weapons from the Korean Peninsula. But Trump and his aides disagree. Ditching the Iran deal, in their view, shows North Korea’s young despot that Trump won’t accept terms that allow for Kim to eventually restart a nuclear program.

“Another aspect of the withdrawal that was announced today is to establish positions of strength for the United States, and it will have implications not simply for Iran, but for the forthcoming meeting with Kim Jong Un of North Korea,” National Security Advisor John Bolton told reporters in the White House press room after the President spoke. “The message to North Korea is the President wants a real deal.”

While he’s on the ground in North Korea, Pompeo will be asking Kim to discuss returning to commitments North Korea made when it signed the South-North Joint Declaration on the Denuclearization of the Korean Peninsula, which included shutting down uranium enrichment and plutonium processing, among other things, Bolton said.

Non-proliferation experts said Trump may be generating a crisis where there wasn’t one. Iran has limited its capacity to enrich uranium, and by going back on the U.S. part of the bargain, Trump may be risking that. Trump’s action doesn’t automatically end the deal — China, Russia, Germany, France and the U.K. were also signatories of the deal and have said they would continue to adhere to the terms — but it exposes foreign companies to possible U.S. penalties for doing business in Iran.

Iran’s President Hassan Rouhani chastised the U.S. for not living up to its commitments, but indicated Iran may try to weather the restoration of U.S. sanctions, hoping to continue doing business with other signatories of the 2015 deal, also known as the Joint Comprehensive Plan of Action. “It is possible that we will face some problems for two or three months, but we will pass through this,” Rouhani said, adding that Iran would like to keep “working with the world and constructive engagement with the world.”

Trump’s negotiating skills — honed in the New York real estate world — are still being tested on the world stage. He hasn’t gotten any permanent concessions out of North Korea yet, and his saber rattling on trade has yet to show dramatic results for the U.S.

“It’s not clear that the Art of the Deal works,” said Mark Dubowitz, CEO of the Foundation for Defense of Democracies, who has advocated or fixing shortcomings in the Iran deal. “Obviously Trump has an appetite for risk that has led him to huge successes and four bankruptcies. This is clearly another example of a hugely risky negotiating strategy that could yield extremely positive results or be a potential disaster.”

The President’s decision to pull out from the deal is “foreign policy malpractice,” said Thomas Countryman, a 35-year career diplomat who retired last year after leading the State Department’s nonproliferation efforts. It creates a long list of concerns, he said, including provoking Iran to restart uranium enrichment, handicapping ongoing IAEA nuclear facility inspections, and stoking tensions in an already tumultuous region.

“It’s an unjustified decision with no explanation on how to improve the JCPOA or prevent Iran from obtaining a nuclear weapon,” Countryman said. “This is not a Trump Hotel where you can go to bankruptcy court and start all over again. Multilateral agreements don’t work that way.”

With reporting from W.J. Hennigan/Washington 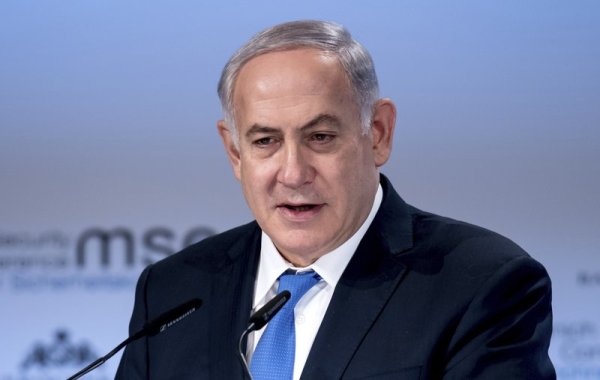 White House Has Known for Weeks About Israel's Stolen Iran Documents
Next Up: Editor's Pick