By Margaret Talev and Toluse Olorunnipa/Bloomberg

President Donald Trump has decided to withdraw from the landmark Iran nuclear accord, according to a U.S. official, a move that would plunge the Mideast into a new era of uncertainty.

Trump plans to announce he will reimpose all U.S. sanctions that were waived under the terms of the 2015 nuclear agreement and impose new penalties on the Islamic Republic, according to The New York Times. The paper cited a person briefed on the conversation between Trump and Macron that it didn’t identify.

Trump informed French President Emmanuel Macron of his decision earlier on Tuesday, according to the Times. The French presidency declined to comment to Bloomberg News.

West Texas Intermediate crude fell as much as 4.4 percent after CNN reported that Trump is expected to allow sanctions to go forward on Iran but may not completely pull out of the accord. The commodity was down about 2.2 percent following the Times report.

The president has long criticized the Iran deal, negotiated under his predecessor Barack Obama, as the “worst” ever. He has complained it doesn’t address threats from the country’s ballistic missile program or its involvement in regional conflicts, and that provisions of the deal that expire in the next decade would allow Iran to resume some nuclear work.

Trump said in a tweet on Monday that he’ll announce his decision at 2 p.m. Tuesday in Washington, ahead of a May 12 deadline set by U.S. law to continue waiving U.S. sanctions lifted by the accord.

Oil prices have climbed in recent weeks as uncertainty over the future of the agreement rose. A resumption of U.S. sanctions would threaten Iran’s ability to attract foreign investment, keeping the country’s output flat or lower through 2025, according to a research note published Monday by Barclays.

It is unclear what may unfold after Trump’s announcement. American and European diplomats have sought to negotiate side agreements aimed at addressing his concerns about the deal. Even the immediate reimposition of sanctions would take time to resolve, as there would be no accounting of violations before November, according to the Congressional Research Service. 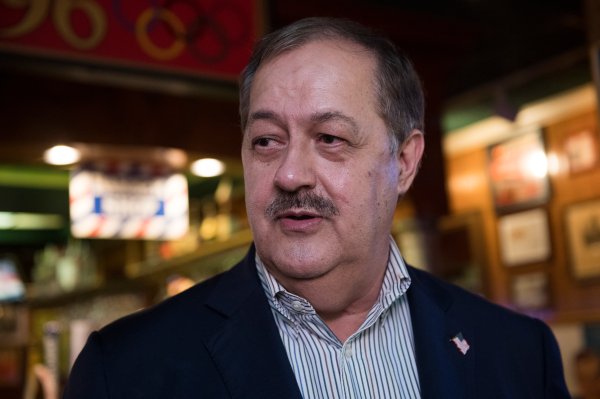