When Nicki Minaj arrived at the 2018 Met Gala, she did much more than just reveal her stunning, bright red Oscar de la Renta gown — she also disclosed some very important details about her new music.

“I’m the bad guy and I wanted to make sure the bad guy was here,” she said, obliquely referencing her latest song, “Chun-Li.”

Minaj also announced that her next album will be dropping on June 15 and will be called Queen. 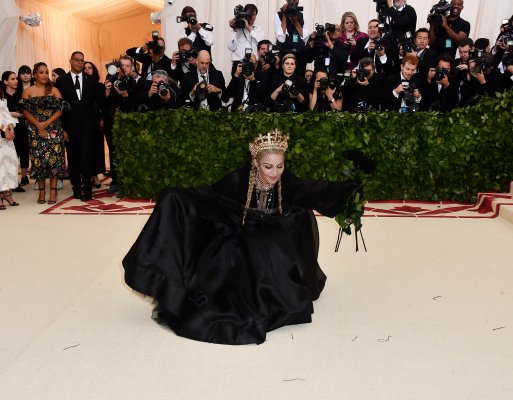 Madonna's 2018 Met Gala Dress Is Just Like a Prayer
Next Up: Editor's Pick