Jeff Sessions: Parents and Children Illegally Crossing the Border Will Be Separated

Attorney General Jeff Sessions said the U.S. will take a stricter stance on illegal crossings at the Mexico border by separating parents from children, rather than keeping them together in detention centers.

“If you are smuggling a child then we will prosecute you, and that child will be separated from you as required by law,” Sessions said Monday at a law enforcement event in Scottsdale, Ariz. “If you don’t like that, then don’t smuggle children over our border.”

“If you cross this border unlawfully, then we will prosecute you. It’s that simple,” Sessions added, describing the new policy as zero tolerance. “We are dealing with a massive influx of illegal aliens across our Southwest Border. But we’re not going to stand for this.”

Sessions ramped up legal resources at the border recently, sending 35 federal prosecutors and 18 immigration judges to the southwest region to assist with an expected increase in border crossing cases.

The new policy is being implemented with the goal of a 100% prosecution rate for all that enter the U.S. illegally, officials said. Charged adults will be sent directly to federal court. Children in turn will be sent to the Department of Health and Human Services’ Office of Refugee Resettlement, which works with shelters or relatives in the U.S.

According to the the Department of Homeland Security, 700 children have been separated from their parents since the start of the fiscal year last October. Last month, Senators at a subcommittee testimony said almost 1,500 migrant children went missing after federal officials put them in the homes of adult sponsors around the country. 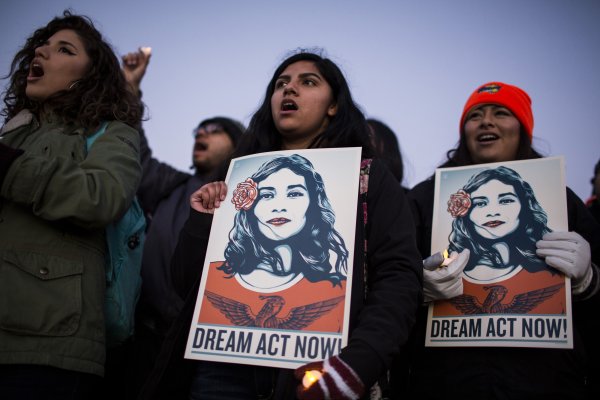 These Dreamers' Futures Are in Doubt. They're Headed to College Anyway
Next Up: Editor's Pick