First Lady Melania Trump took a major step toward solidifying her legacy during the Trump Administration on Monday.

During an appearance in the Rose Garden, Trump officially launched the multifaceted. child-focused initiative she will champion from the White House. Her new awareness campaign, called “Be Best,” is dedicated to children’s well-being, cyberbullying and opioid abuse.

According to the White House, through the initiative the First Lady will promote existing programs that are already working to “overcome the issues they face growing up.”

As a mother and First Lady, Trump said she wants every child to know that it is “safe to make mistakes and there are supportive adults and friends nearby to catch them” if they fall. The initiative appears to focus primarily on helping kids build a strong foundation for the future, harnessing tools that can help them develop emotionally and socially so they can use be nice to themselves and others and make a positive use of social media.

The First Lady first announced that she was interested in using her perch in the East Wing to combat cyberbullying on the campaign trail, a decision that many called hypocritical given her husband’s own social media habits and penchant for dishing out low blows. The First Lady responded to that criticism during an appearance with tech leaders in March.

“I am well aware that people are skeptical of me discussing the topic,” she said at the time. “I have been criticized for my commitment to tackling this issue and I know that will continue, but it will not stop me from doing what I know is right. I am here with one goal: helping children and our next generation.”

Her travels as First Lady seem to have also influenced her White House focus. Though she has been somewhat reclusive during her time at the White House, the First Lady has visited hospitals across the globe and visited with families impacted by the opioid epidemic. A through line of the announcement on Monday was Trump’s commitment to fighting opioid abuse.

“I want to nurture and protect the most valuable part of our society and our future— children,” the First Lady said. “And i believe together we can make a real difference.”

Trump joins her predecessors in championing specific causes while serving as First Lady, from Michelle Obama’s efforts to get kids eating healthy and staying active to Laura Bush’s focus on libraries and education launch of the National Book Festival and Nancy Reagan’s interest in fighting drug abuse. 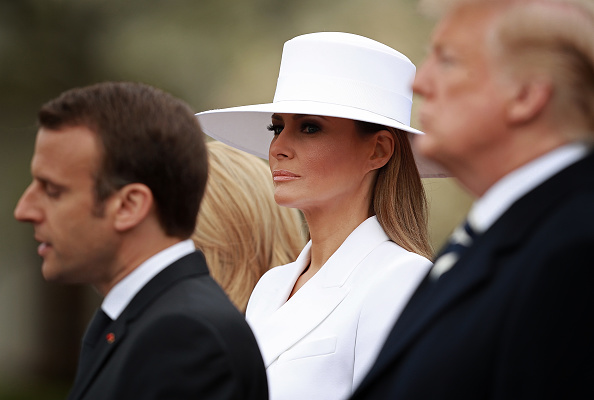