“To the great people of West Virginia we have, together, a really great chance to keep making a big difference. Problem is, Don Blankenship, currently running for Senate, can’t win the General Election in your State…No way! Remember Alabama. Vote Rep. Jenkins or A.G. Morrisey!” Trump tweeted.

Blankenship spent a year in federal prison after being convicted of mine safety violations in the 2010 Upper Big Branch Mine explosion that killed 29 miners. He was the CEO of Massey Energy, which owned the mine, at the time.

Republicans have their sights set on the West Virginia Senate race, believing they can unseat Democrat Joe Manchin. But they worry that a similar dynamic could play out as in the special election for a Senate race in Alabama, when GOP voters backed hardliner Roy Moore, who went on to lose to Democrat Doug Jones amid accusations of inappropriate behavior with teenage girls decades ago. (Moore continues to deny the charges.)

Instead, Trump – and other Republicans – are urging the nomination of Rep. Evan Jenkins or state Attorney General Patrick Morrisey, whom they believe are more likely to defeat Manchin in the general election.

Blankenship released a controversial campaign ad last week in which he uses racially charged terms like “China people” and maligns McConnell, whose wife is transportation secretary Elaine Chao. The ad calls McConnell “Cocaine Mitch,” a reference to an incident in which drugs were found onboard a ship owned by Chao’s father. (Fact-checkers have rated the ad as false.)

The ad also drew criticism for the use of the term “China family,” to describe McConnell’s in-laws.

In an interview with Roll Call last week, Blankenship said his campaign ad was not racist because in the ad “there’s no mention of a race.” 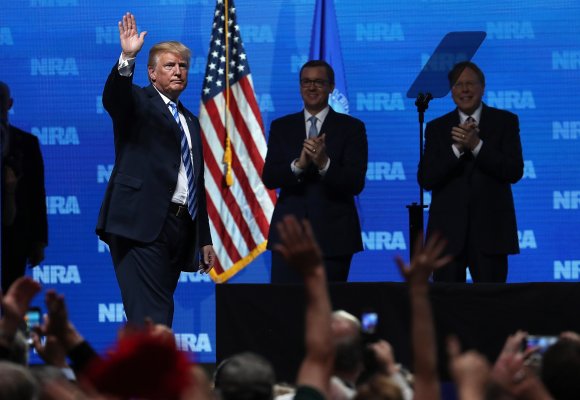 London Is Safer Than Any U.S. City, Data Shows
Next Up: Editor's Pick