A Second Teenager Has Been Raped and Set on Fire in the Same Indian State, Police Say

In this photograph taken on May 5, 2018, Indian relatives mourn following the rape and murder of a 16-year-old girl on May 3,in Chatra district of the Indian state of Jharkhand.
AFP/Getty Images
By Casey Quackenbush

A 17-year-old girl in India was raped, sprayed with kerosene, and set on fire, in the second such case in the country this week.

The teen is battling to survive with 70% first-degree burns after the attack in the eastern state of Jharkhand, Agence-France Presse reports.

There is a chance that she will survive,” Shailendra Barnwal, police superintendent of Pakur district, told AFP.

A 19-year-old man has been arrested in connection with the attack.

The brutal incident occurred on Friday, the same day another teenage girl, a 16-year-old, was raped and burned to death in the same state. Fifteen people have been detained in connection with that case, which took place in Jharkhand’s Chatra district.

The girl’s family approached the village council to seek justice on Friday, CNN reports. The council reportedly ordered the accused men to do 100 sit-ups and pay a $750 fine. Angered by the penalty, the suspects allegedly retaliated by attacking the teenager’s parents and setting the house on fire, with the girl inside.

The two attacks are the latest in a string of rape cases that have caused widespread outrage across India. The gang-rape and murder of an eight-year-old Muslim girl in Jammu and Kashmir state brought thousands out into the streets seeking justice. The case is going to the Supreme Court on Tuesday. 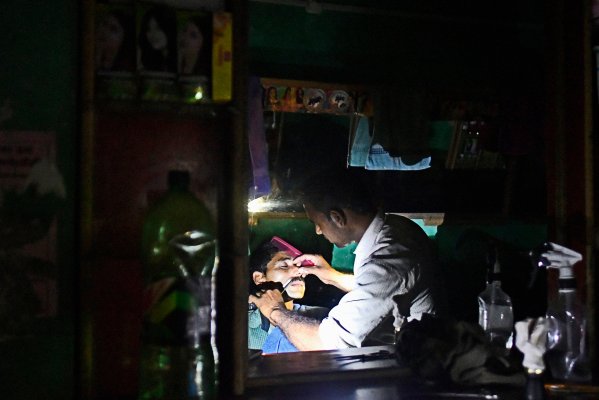