The world got its first real glimpse of Prince Louis on Saturday, when Kensington Palace released two photos of the littlest royal.

The first photo was taken on April 26. It shows the Louis at just three days old in the family’s home in Kensington Palace. The second photo shows big sister Princess Charlotte kissing the little prince on May 2, on Charlotte’s third birthday.

Both images were taken by the prince’s mom, Catherine, the Duchess of Cambridge, who is an avid photographer.

Louis is the third child for Kate Middleton and Prince William. He joins older siblings Prince George, 4, and Princess Charlotte, 3 — plus his new friend, One Direction singer and namesake Louis Tomlinson. He was born at St. Mary’s Hospital on April 23 and was likely named for Prince Charles’ great-uncle Lord Mountbatten. 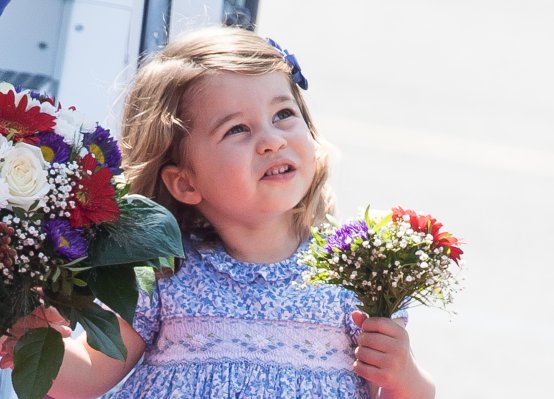 Princess Charlotte Dazzles Like the Royalty She Is in Birthday Photo
Next Up: Editor's Pick