George H.W. Bush Has Been Released From the Hospital and 'Is Doing Well'

Former President George H.W. Bush has been discharged from the hospital and is in good condition, according to his family and representatives.

Bush, 93, who was admitted to Houston Methodist Hospital just days after the death and funeral of his late wife Barbara Bush, was being treated for a blood infection for nearly two weeks. Spokesman Jim McGrath announced Friday evening that Bush had been discharged and “is doing well and is happy to return home.”

On Thursday, Methodist Hospital announced that it would name an atrium in its new Walter Tower after George H.W. and Barbara Bush. The former president tweeted his thanks on Thursday, but joked that “the second I get the green light I’m outta here.” 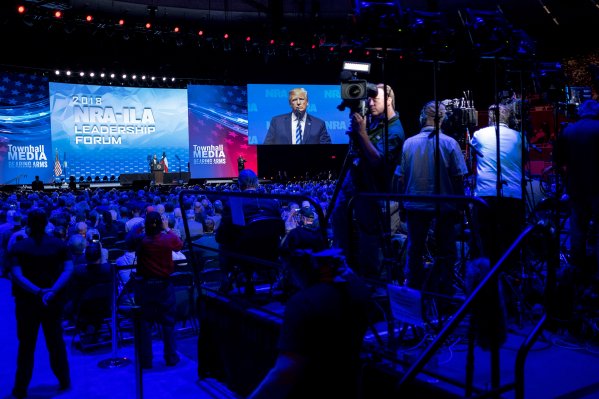 Trump Says 2nd Amendment 'Under Siege'
Next Up: Editor's Pick