Chinese Ambassador to the U.S.: How Americans Misunderstand China

China's President Xi Jinping shakes hands with U.S. President Donald Trump during a business leaders event at the Great Hall of the People in Beijing on November 9, 2017.
Nicolas Asfouri—AFP/Getty Images
Ideas
By Cui Tiankai
Cui is the Ambassador of China to the United States.

To better know China, Americans need only follow the direction and roadmap of China’s development. In his speech at the 19th National Congress of the Communist Party of China last October, President Xi Jinping coined a phrase about China’s future course — “new era” — and defined the nation’s goal for development as becoming a strong modern socialist country by 2050. In his more recent speech at the Boao Forum for Asia in April, President Xi explained how we will get there. He made it clear to all that the door to China will only open even wider. This reform and opening is a strategic choice made by China irrespective of any external pressure or influence. Our new era is about people-centered and domestic development, rather than some geopolitical plan. This fact is widely misunderstood in the U.S., which often views China as competitive, even confrontational.

Some people in the U.S. argue that the United States’ policy of engagement with China has failed, given that it has not changed China. This makes no sense. Does engaging China necessarily mean changing China? Why is it that only by changing China could the U.S. claim success?

The U.S. policy of engagement and cooperation with China was designed to serve its own interest rather than doing charity work. As President Richard Nixon had said in a report to Congress “we shall deal with the People’s Republic of China… Confident that a peaceful and prospering China is in our own national interest.” The China-U.S. relationship has served this interest quite well. The importance of developing a sound and stable relationship has so far been recognized by all American Presidential administrations.

Naturally, there are differences between China and the U.S. But we must distinguish between kinds of differences. On matters concerning sovereignty, territorial integrity and national reunification, there is no room for compromise, and there is a red line. On economic and trade issues, solutions should be worked out through dialogue and consultation, with mutual respect and a balanced approach to addressing the concerns of each side, in order to achieve mutually beneficial outcomes.

The economic and trade disputes between China and the U.S. is a manifestation of the understanding deficit. China does not seek a trade surplus. The trade deficit that the U.S. runs with China is a result of many factors. For instance, in making a $499 iPhone, Chinese companies collectively can only make a profit of $6.50. However, in trade statistics, all $600 are counted as China’s export to the U.S. Also, the U.S. government is restricting the exportation to China of certain high-tech products. If these bans were not in place, revenue would then come back to the U.S. from sales made to China, and the deficit would be more balanced.

We believe that the trade imbalance indeed needs to be addressed, but we should not make false attributions or wrong prescriptions. The protectionist and economically nationalist approach leads to no solution. A trade war is absolutely a wrong choice, which will only destroy trade itself. We hope the China-U.S. discussion on trade issues scheduled for early this month will be productive and fruitful.

This editorial is in part adapted from the Ambassador’s remarks at the Fairbank Center for Chinese Studies on April 17. 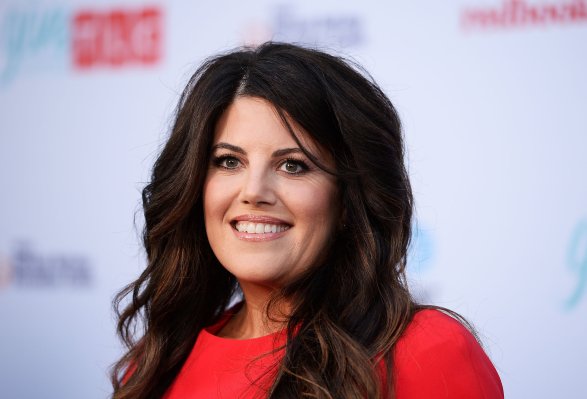 Here's What Monica Lewinsky Is Doing Now
Next Up: Editor's Pick