A boxed slice of wedding cake, from the British Royal wedding of Prince William, Duke of Cambridge to Britain's Catherine, Duchess of Cambridge, collected by Leonard Massey, the former first chauffeur to Britain's Queen Elizabeth II, is displayed at the Stafford Hotel in London on June 5, 2015, ahead of its auction in Beverly Hills, US, on June 27.
BEN STANSALL—AFP/Getty Images
By Kate Samuelson

It’s unlikely that digging into a slice of 37-year-old cake is an appealing prospect to many people — but some are prepared to pay hundreds of dollars for the privilege. That said, the decades-old cake in question could be seen to be a historical artifact, given that it formed part of the original wedding cake of Prince Charles and the late Princess Diana on 29 July 1981.

A slice of the decade-old wedding cake is just one of several slices of historic cakes being auctioned by the Beverly Hills-based Julien’s Auctions in celebration of Prince Harry and Meghan Markle‘s upcoming nuptials. The auction will take place at the Planet Hollywood Resort & Casino in Las Vegas on June 23.

Also up for grabs is a slice of Prince William and Kate Middleton, the Duchess of Cambridge’s 2011 wedding fruitcake, which is estimated to be sold for $600-$800 and comes with a special card that reads: “With best wishes… from… TRH The Prince of Wales and The Duchess of Cornwall… in celebration of the wedding… of… TRH The Duke and Duchess of Cambridge.”

There are also wedding cake samples being auctioned from the marriage of Prince Andrew and Sarah Ferguson held at Buckingham Palace on July 23, 1986 (estimated to sell for $600-$800), and the marriage of Princess Anne and Captain Mark Phillips on November 14, 1973 (expected to go for $300-$500).

But, the auction’s pièce de résistance is the slice of cake from the wedding of Prince Charles and Princess Diana, which is expected to be auctioned off for as much as $800-$1,200. The cake comes inside a white box with silver printing that reads “CD/ Buckingham Palace/ 29th July 1981,” and is wrapped in a paper doily with an original paper envelope bearing Queen Elizabeth’s royal stamp.

Julien’s Auctions specializes in sales of iconic artifacts and in 2009 received a place in the Guinness Book of World Records for the sale of Michael Jackson’s white glove, which sold for $480,000 making it the most expensive glove ever sold at auction. 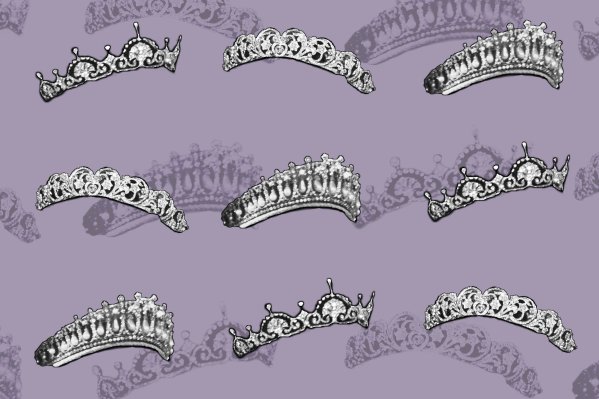 Analyzing Every Tiara Meghan Markle Could Wear at the Royal Wedding
Next Up: Editor's Pick