Kanye West’s controversial comments about slavery have cost him airtime on a Detroit hip-hop radio station.

Two radio hosts at 105.1FM ‘The Bounce’ announced that they would stop playing songs West had written or produced following an “overwhelming” response by listeners, the Detroit Free Press reports. The embargo of the 21-time Grammy Award-winner has since been applied to the entire station, which plays classic hip-hop and R&B.

“We feel like Kanye has gone too far with his latest statement declaring that ‘slavery was a choice,'” hosts BIGG and Shay Shay wrote on Facebook Wednesday, including the hashtag #MuteKanye.

“So we are taking a stand and we aren’t playing his music anymore; we just are refusing to give him a platform,” they said.

West created a storm of controversy this week after he said in an interview with TMZ: “When you hear about slavery for 400 years. For 400 years?! That “sounds like a choice.” 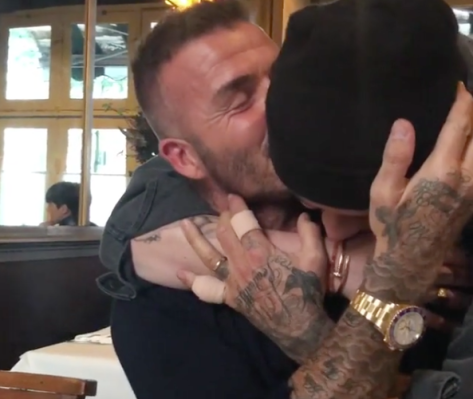 David Beckham Had the Best Reaction to Brooklyn Beckham Surprising Him for His Birthday
Next Up: Editor's Pick