The U.S. Has Warned China Over 'Deploying Missiles' in the South China Sea

The U.S. has warned Beijing that there will be consequences over its latest militarization of the South China Sea, following reports that it had recently installed missile systems on islands in the contested waters.

CNBC reported Wednesday that in the past month, China had installed anti-ship cruise missiles and surface-to-air missiles systems on three of the Spratly Islands, an archipelago west of the Philippines that is partly claimed by various countries including the Philippines, Vietnam and Taiwan.

‘”We’re well aware of China’s militarization of the South China Sea,” White House spokesperson Sarah Sanders told the press, Reuters reports. “We’ve raised concerns directly with the Chinese about this and there will be near-term and long-term consequences.”

The installation of the new missile systems would bolster China’s reach in the region, allowing it to strike vessels 295 nautical miles away and cruise missiles and drones within 160 nautical miles, CNBC reported citing an unnamed source connected to U.S. intelligence. CNBC reports that the systems were installed on Fiery Cross Reef, Subi Reef and Mischief Reef.

Since 2014, China has built artificial islands on top of reefs and rocks in the heavily contested waterway. Those islands have become increasingly militarized, with the installation of runways, missile batteries and other infrastructure. If the latest reports are confirmed, it would be the first time Beijing has deployed missiles in the Spratleys.

The deployment marks “a major escalation,” Eric Sayers, a former U.S. military consultant, told Reuters. “When China sees that it can get away with these types of actions with little cost … it only makes it more likely they will keep pressing,” he said.

A 2016 ruling by the Permanent Court of Arbitration ruled that China’s claims to the South China Sea, parts of which are also claimed by the Philippines, Vietnam, Taiwan, Malaysia, and Brunei had “no legal basis.” China dismissed the verdict as a “political farce.” 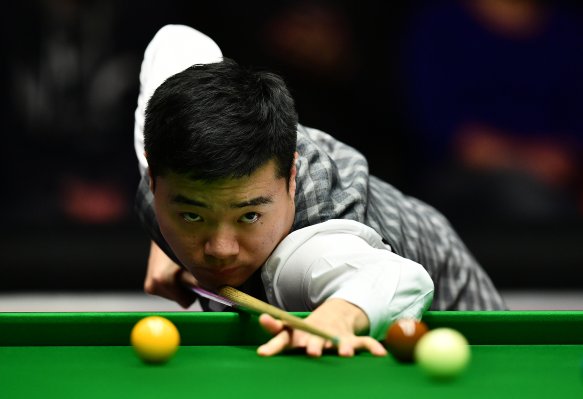