White House: Trump Reimbursed Michael Cohen $130,000 Without Knowing It Was for Stormy Daniels

“This was information the president didn’t know at the time and eventually learned,” Sanders told reporters.

In a number of interviews over the last two days, former New York City Mayor Rudy Giuliani has said that Trump reimbursed Cohen from his personal bank account as much as $470,000 for the Daniels payment and other “incidental expenses” from the campaign, breaking the payments up into monthly installments of $35,000.

When pressed on whether that conflicts with Trump’s previous denials, Giuliani has also said that Trump did not know what the reimbursements were for at the time he spoke.

“He didn’t know about the payment at the time that it happened,” he told the Wall Street Journal. “Which makes his statement literally true.”

Sanders, who has also denied Trump knew anything about the payments, said she found out about the reimbursement by watching Giuliani’s interview on Fox News Thursday night. 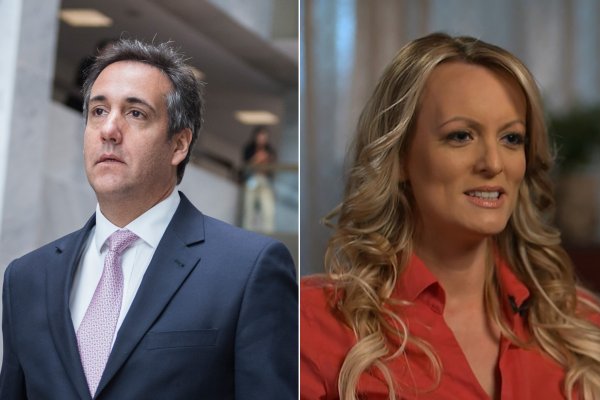 Why the Latest Trump Twist Matters
Next Up: Editor's Pick