David Beckham knew he would be celebrating his birthday over a meal with his family on Wednesday. But what he clearly didn’t suspect was that his oldest son, Brooklyn Beckham, would be joining them at the restaurant.

In a video shared by both David and his wife, Victoria—who seemed to be in on the plan—Brooklyn can be seen sneaking up on his dad before surprising him at the table. David immediately tears up and begins hugging his son before repeatedly asking, “What are you doing here?”

“I didn’t know you was coming in,” he says after kissing Brooklyn on the cheek. “I missed you so much.”

The whole scene is very touching, especially with the added bonus of 6-year-old Harper Beckham chiming in to say that she too didn’t know Brooklyn was coming.

“The biggest surprise of the day….,” Victoria captioned the post. “Welcome home @brooklynbeckham X happy birthday @davidbeckham I love u so much x kisses.”

Brooklyn is currently studying photography at the Parsons School of Design in New York while David, Victoria and their other three children live in London.

Watch the adorable video below. 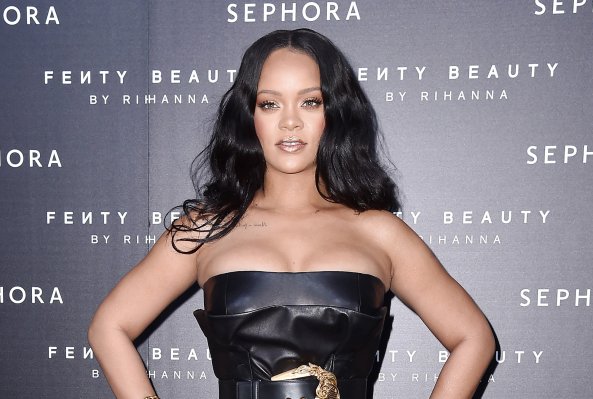 Universally Acknowledged Queen Rihanna Has Some Thoughts About Getting Body Shamed
Next Up: Editor's Pick