Speaking with Fox News host Sean Hannity, the former New York City mayor and new member of the President’s legal team admitted that Trump repaid personal attorney Michael Cohen for the $130,000 in hush money given to Daniels. Trump then essentially confirmed that account in a series of tweets.

This came after weeks of denials to the contrary, including one from Trump himself. Trump continues to deny that he had an affair with Daniels.

Here’s a timeline of the official line on the payments.

In response to a complaint to the Federal Election Commission that the payment violated campaign finance law, Cohen sent a statement to reporters claiming that he paid out his own pocket and was not reimbursed.

Feb. 14: Cohen again says he was not reimbursed

In an interview with Vanity Fair published on Feb. 14, Cohen said that he paid the $130,000 from his own pocket and was not reimbursed by either the Trump campaign or the Trump organization.

March 7: White House says Trump did not know about the payment

Speaking at the daily press briefing, White House spokeswoman Sarah Huckabee Sanders said that Trump did not know about any payments to Stormy Daniels, citing a conversation she’d had with him.

April 5: Trump says he did not know about the payment

Speaking to reporters on Air Force One, Trump said curtly that he did not know about the payment, referring questions to Cohen.

In a phone interview with “Fox and Friends,” Trump says that no campaign funds went to Cohen for the payment. It was the first time Trump publicly used Daniels’ name.

In an interview with Fox News host Sean Hannity, Giuliani said that Trump personally reimbursed Cohen for the money in installments as a monthly retainer.

In a follow-up interview with the New York Times, Giuliani said that Cohen was reimbursed for the Stormy Daniels payment as well as other “incidental expenses,” adding up to a total of $460,000 or $470,000.

May 3: Trump tweets that he reimbursed Cohen

In a series of tweets, Trump confirmed that he kept Cohen on a monthly retainer which reimbursed him for the non-disclosure agreement, but argued that no campaign money was used.

May 4: Trump says Giuliani didn’t get his ‘facts straight’

Speaking to reporters before boarding Marine One, Trump said that Giuliani got some of his facts wrong when speaking about the Daniels payment and promised a statement would come shortly.

May 4: Giuliani says he was wrong about when Trump knew about the payments

In a statement issued to reporters, Giuliani said that the payments were made to resolve a “personal and false allegation” and that his “references to timing” were about his understanding and not Trump’s. 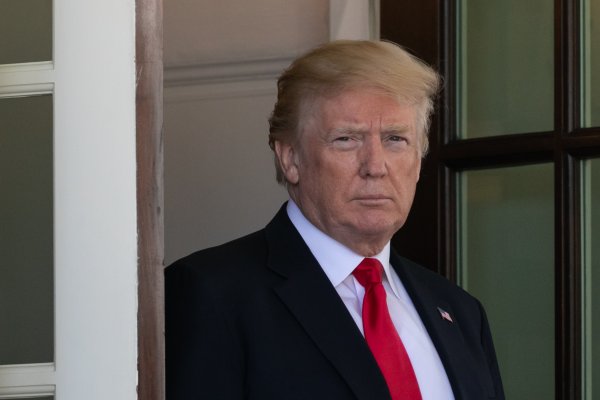 Ty Cobb's Exit Is the Latest in Trump's Legal Woes
Next Up: Editor's Pick