The C-130 That Crashed in Savannah, Killing 9, Was on Its Final Flight Before the Boneyard

The C-130 military plane was on its way to retirement when it crashed in Georgia on Wednesday.

All nine crew members – members of the Puerto Rican Air National Guard – died when the WC-130H hurricane hunter crashed onto a highway in Savannah, officials said.

U.S. military officials are still looking into what caused the plane crash. Col. Pete Boone, the vice-commander of the 165th Airlift Wing of the Georgia Air National Guard, told reporters investigators “will use every resource at our disposal to identify a cause.”

Here’s what to know about the aviation accident so far.

Maj. Jose Rafael Roman, the pilot on C-130, died in the crash along with the rest of the crew, the mayor of his hometown of Manati, Puerto Rico said.Roman left behind two young sons and a wife who is five months pregnant, the Associated Press reports.

“The town is in mourning,” Manati Mayor Jose Sanchez said. “My condolences to all Puerto Rican families.”

The plane was on its final flight

The C-130 was supposed to be on its final flight to retirement after undergoing maintenance for “a number of days,” CNN reports. Maj. Paul Dahlen, a spokesman for the Puerto Rico National Guard, told CNN the plane was on its way to the Aerospace Maintenance and Regeneration Group in Arizona, where the military houses thousands of planes. The facility is also known as an “airplane boneyard,” where aircraft are sent after they are removed from service.

The aircraft was at least 40 years old

Boone said the plane was in Savannah for “routine maintenance” before it took off for Arizona. It crashed shortly after taking off. Boone did not detail what kind of maintenance the aircraft required.

The nine crew members who died in the crash pitched in during recovery efforts in the aftermaths of both Hurricane Irma and Hurricane Maria as part of the 198th Flight Squadron. With the aircraft, the group rescued U.S. citizens stranded on the British Virgin Islands after Irma blew through, and provided food and water to Puerto Rico after Maria cut off power and utilities to hundreds of thousands of residents.

The AP reports that the C-130 was on its last flight before retirement, bringing Puerto Rico’s total number of planes to five. Two of the planes require maintenance and aren’t currently being used, Adjutant Gen. Isabelo Rivera told the AP. 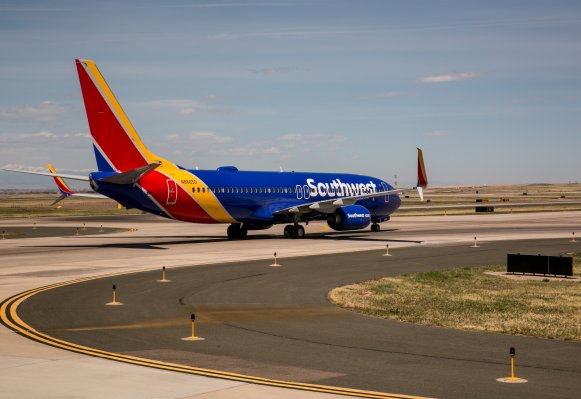 Another Southwest Airlines Plane Was Forced to Make an Emergency Landing After a Window Broke
Next Up: Editor's Pick