In the wake of the backlash against Michelle Wolf over her monologue at the White House Correspondents Dinner, Samantha Bee has shared her take on the comedian’s controversial jokes about Sarah Huckbee Sanders.

Some critics of Wolf’s routine took particular issue with her jabs at the White House Press Secretary, claiming a remark about Sanders’s “smoky eye” targeted her appearance and was therefore un-feminist. However, Bee sides with those who think Wolf’s dig was directed at Sanders’s job performance, not her looks.

“Maybe we need to remind people what feminism is about,” the Full Frontal host said during Wednesday night’s episode. “Look, calling Sanders a liar isn’t an insult, it’s her job description. Feminism doesn’t mean you can never make jokes about another woman ever.”

Bee went on to say that it is Sanders, rather than Wolf, who isn’t a feminist.

“If the press thinks being called a liar is a huge insult, maybe they should be mad at Sarah herself, since she calls them liars constantly,” she added. “I’m not saying Sarah Sanders doesn’t deserve the protection of feminism, she does. Though she’s not a feminist, which you can tell from the way she throws other women to the wolves on her boss’ behalf.” 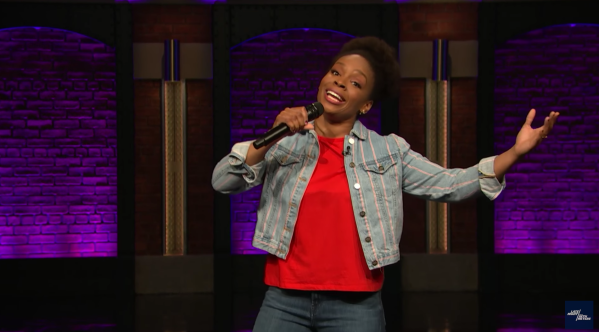