American Seniors Have Active Sex Lives, According to a New Poll

Most older adults are satisfied with their sex lives, according to the National Poll on Healthy Aging — whether they’re sexually active or not. And plenty of them are.

Researchers from the University of Michigan surveyed about 1,000 U.S. adults between ages 65 and 80 and found that 40% of the respondents were having sex. People on the younger end of the spectrum were more likely than older people to be sexually active; 46% of those ages 65 to 70 reported having sex, compared to 25% of 76- to 80-year-olds.

Even more respondents said that sex is an important part of a romantic relationship at any age (76%), that they are interested in sex (65%) and that sex is a valuable contributor to quality of life (54%). Interestingly, the majority of respondents — 73%, a significantly higher percentage than the number of people currently having sex — said they were satisfied with their sex lives. Women were both less likely to be having sex (31% of women in the survey said they were sexually active, versus 51% of men) and more likely to report being “extremely” or “very” satisfied with their current status (43%, versus 31% of men).

Being in a relationship increased a person’s likelihood of having sex. Fifty-four percent of currently coupled respondents — about two thirds of the group — said they were sexually active. Good health was also linked with sexual activity: 45% of people who said they were in good health were having sex, versus just 22% of those who were in fair or poor health.

Perhaps the biggest takeaway of the poll, which was sponsored by the AARP, is that “the need for and interest in sexual intimacy doesn’t stop at a certain age,” said AARP Senior Vice President of Research Alison Bryant in a statement. It did, however, identify some areas for improvement among this demographic. Just 17% of respondents said they had discussed sexual health with a medical provider in the last two years, and 17% said they would not talk to anyone about issues related to sexual health.

“Older adults should be encouraged to speak with their providers about concerns and questions related to their sexual health,” the authors note in the report. 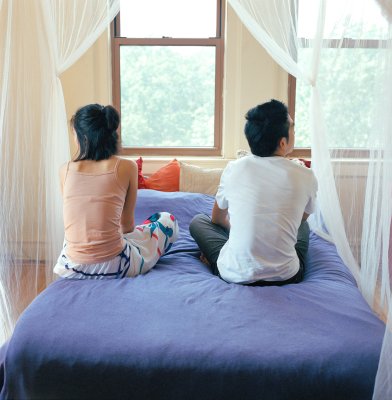 How a Bad Relationship Can Literally Make You Sick
Next Up: Editor's Pick